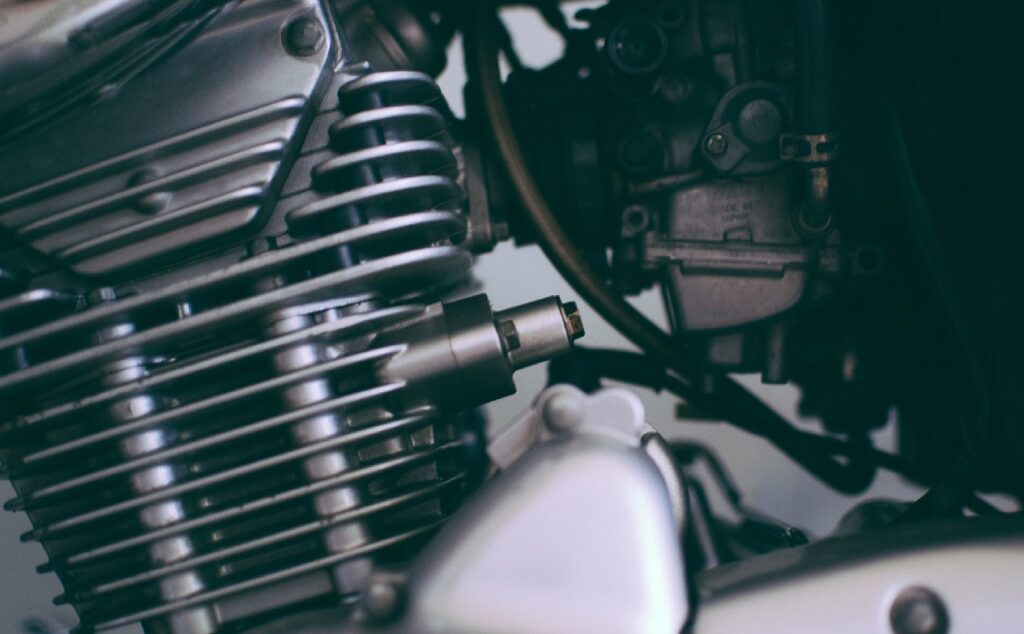 Engines are used to produce horsepower and torque for a vehicle to operate. Both cars and motorcycles are powered by their engines. But the engines used in both of them are very different from one another.

So, what are the differences between a motorcycle and a car engine? Motorcycle engines are built for higher rpm and fuel efficiency, but are designed compactly and get hot quicker. Car engines, on the other hand, generate more torque and easy to maintain, but lose out on throttle response and have low mileage.

These differences are mainly because motorcycles weigh less than cars and have less space for their engines. As a result, they have compactly designed engines required to power low weight as compared to that of car engines.

That’s why a motorcycle engine and a car engine should not be interchanged (although in theory, you can).

Let’s deep dive into their differences. But before that, here is a brief overview on how engine works.

How Does An Engine Work?

Despite their differences, both motorcycle and car engines are based on the same principle.

Both the engines start by taking in fuel. Then combustion takes place when the piston compresses the air-fuel mixture. This combustion helps the piston to move up and down rapidly to generate enough horsepower and torque required to move the vehicle.

The fuel consumption and the number of strokes increase with the increase in rpm.

What are the factors that differentiate car engines and motorcycle engines even after following the exact mechanism? Let’s discuss here.

The car engine has to do more than 5 times the work of a motorcycle engine.

With the vast weight of a car, it requires a massive engine to produce adequate power. That is only possible with a powerful engine.

On the other hand, motorcycles are lightweight. They can function with a small, lightweight engine.

Motorcycles are lightweight and thus require less pull force. Cars, on the other hand are heavy and require more power to move.

As a result, cars require more torque than motorcycles. The torque produced by an engine depends on the bore and stroke of the piston.

Most motorcycles operate on high RPMs because the Engine has more bore and less stroke. That means that its piston has to move at high speeds to produce power.

In a car, the engine’s bore is small, and the stroke is long. That helps the car engine to produce more torque in less rpm.

This difference between both engines produces two different outcomes. The type of engines used in cars is the under-square, and that of motorcycles is the over-square. To know more, here is our post on oversquare and undersquare engines. Some motorcycles such as cruisers also use under-square engines for more torque.

Fuel combustion after mixing with air is the first step to starting an engine. This combustion is the result of piston compression.

The piston then provides the driving force and gets the vehicle going. Each pistons compartment is called a cylinder. The number of cylinders determines the sound, power, and firing order of the Engine.

Firing order is the sequence in which all the pistons work. This sequence makes a world of difference in terms of traction and performance.

The Engine’s noise, vibration, harshness, and sound are also influenced by the firing order. Thus firing order can have a severe influence on the vehicle.

Engines are required to run continuously for hours.

This continuous use makes the Engine very hot due to the friction of the pistons. Motorcycle engines have higher rpm than car engines.

The difference in rpm makes the temperature rise faster in motorcycles.

Every vehicle is made to utilize all of its components and space efficiently.

Motorcycles are small and lightweight compared to cars.

Car engines need to house long-stroke pistons and different compartments for gear and other necessary parts. That is only possible due to the ample space available under the car’s hood.

As a result, motorcycles have small engines. This Engine has pistons, gearbox, carburetor etc., clustered together inside the small space of the Engine. Motorcycles are light, but this leaves very little room for an engine.

That friction can only be reduced by using engine oil. Engine oils- come in a large variety.

The car has different compartments for engine oil and gear oil. On the otehr hand, motorcycle has both the gear and engine compartment merged and use only one oil.

Both the car and motorcycle engines are fun to drive. But both bring a different feel and riding experience.

Car engines have high torque on low RPM. That makes it very easy to drive for a more extended period without stopping.

Car is thus a better vehicle for cruising compared to a motorcycle.

The quality of parts used inside the Engine is essential to know.

Motorcycles are light in weight. To maintain this lightweight, motorcycle manufacturers opt for high-quality engine parts which have low weight.

These parts used are made of aluminium mixed with reinforcements. Expensive motorcycle manufacturers use beryllium in the form of AlBeMet, and this compound has excellent weight/strength properties.

While the engine consists of several parts, here is a detailed post on engine block materials.

All the parts inside a bike also need to be resistant to high temperatures, as they are closely packed. This crowded space make these parts get very hot quickly. If the Engine’s components cannot withstand the heat, then the Engine will malfunction and may cause fatal accidents.

Car engines have the luxury to utilize ample space. This enables them to house more extensive and better parts.

Car engines use heavy materials such as oversized pistons, connecting rods, extra compartments for gearbox, etc. It also has a heavier flywheel, making the speed easier to maintain after attaining a specific rate.

Thus car engine reduces power requirement. However, it loses out on throttle response due to the heavier flywheel.

Let’s now dig in to the advantages and disadvantages of both motorcycle and car engines.

Advantages Of A Motorcycle Engine

Disadvantages Of A Motorcycle Engine

Advantages Of A Car Engine

Disadvantages Of A Car Engine

Motorcycle and car engines significantly differ in terms of – weight, torque, power, temperature, dimensions, oil and even the materials.

The main advantages of a motorcycle engine is their high rpm and fuel efficiency. However, they get hot very quickly and have a compact design which makes them difficult to access.

Car engines, on the other hand, are easy to maintain, have better cooling and can produce high torque. But their throttle response is sluggish and low mileage.

Can Motorcycle Alloy Wheels Be Repaired?

Can You Use A Motorcycle Engine In A Car? You Will Be Surprised!