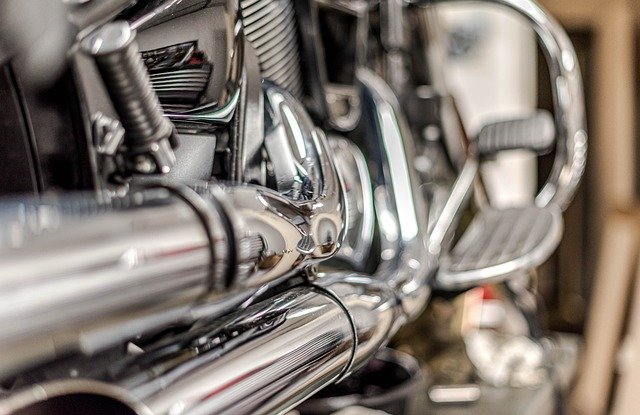 An efficient cooling system in a motorcycle is important since it reduces engine overheating problems. However, we have three cooling systems – air cooled, oil cooled, and liquid cooled systems to choose from for the bike.

Which cooling system is best for motorcycles? Liquid cooled systems provide the best cooling capacity and cools down the engine faster than an air cooled and oil cooled systems. However, the efficiency of liquid cooling comes with increased complexity, weight and maintenance costs.

Let us discuss in detail the pros and cons of each cooling systems and their uses in different kinds of motorcycles.

Why Cooling is Required?

Now, the energy generated is in two forms. The first is mechanical energy – which is used by the crankshaft to drive the vehicle and the power is also used to convert electricity for other motorcycle components.

The second form is heat energy. The heat produced from the combustion of fuel results in increase in the temperature of the engine. Now, this heat generated is not at all desirable for the smooth functioning of the motorcycle.

That’s why, the heat generated in this process needs to removed from the motorcycle. The heat dissipation forms a very significant mechanism to design in itself in the motorcycle. And this is where a cooling system comes into play.

A good cooling system will dissipate the heat from the system as fast as possible. Not allowing the engine or other components to overheat.

Types of Cooling Systems in Motorcycles

Now, there is no one universal cooling system fitted in all motorcycles. There are mainly three types of cooling systems used vastly across the world and we will discuss each of these systems one by one.

The three types of cooling systems are:

Each of these cooling systems will be described in detail in the next few sections below.

For motorcycles with air cooling systems, the heat generated in the engine is dissipated through air circulation.

Air cooled systems use fins on the engines to dissipate heat from the system. Fins are thin extrusions or appendages attached to a larger structure or a component. Fins are used to increase the surface area to accelerate heat transfer.

Attaching fins on the engine allows the air to circulate over a larger surface area. Higher the surface area, higher will be the air circulation, which in turn results in higher heat dissipation.

Fins conduct the heat generated in the engine and transfers it to the air passing over them. This type of heat transfer, where the transfer is due to bulk fluid motion along the surface of a solid boundary, is called as Convection heat transfer.

Once the combustion of fuel takes place, the heat energy is transferred from the cylinder head to these fins. The fins have gaps between them so that their atmospheric air can easily pass through and carry the heat away from these fins.

The main advantage of an air-cooling system is its simple design. The fins are the only component added to the design. The rest is taken care by the atmospheric air by circulating over these fins to dissipate heat.

If the fins are covered in dirt and grease, make sure you clean the fins.

However, air cooling systems are not the most efficient and the fastest cooling systems out there. Their cooling capacity is the lowest of all. They are mainly found in lower cc motorcycles where heat dissipation at a slower rate is acceptable for the engines functioning.

First, all oil cooled systems are also air-cooled systems, but better. The engines will have fins. But along with fins, the engine is cooled with an oil lubricant.

Now, how does the oil gets cooled down? There will be an oil cooler installed to cool down the heated oil. The oil cooler normally looks like a radiator fitted with capillary tubes.

The heat transferred to the oil will bring down its viscosity, which is not desirable for the oil to lubricate properly. The oil cooler will cool down the oil and controls the oil viscosity to its optimal levels.

The oil cooling systems, thus, use both fins, oil and oil cooler to cool down the heated engine components. Since, oil cooled engines are an improvement on the air-cooled systems and inherently constitute all the air coolant characteristics along with it, they are a better cooling system than air cooling ones.

Liquid cooled systems are, hands down, the better and most efficient coolant system out of all three.

This cooled systems neither contains fins attached to the engine or an oil coolant to cool the oil lubricant. Rather a specialized liquid coolant is used specifically for the cooling of the engine components.

The liquid coolant will have additives for anti-corrosion, anti-freezing, and anti-foam properties along with it being a strong coolant.

Now, again, how does the liquid coolant get cooled after it carries away the heat from the engine? For that specific reason, a radiator will be installed outside the engine to cool down the heated liquid coolant.

The radiator is designed in such a way that the coolant flows through the radiator and gets cooled down from the air circulating over the radiator. The cooling down is far quicker and the entire cooling down of the engine is far faster when compared to other two cooling systems.

The main advantage of liquid cooling systems is that the cooling capacity is far higher when compared to air cooling or oil cooling systems. And there are several pros for the motorcycle when it has such an efficient cooling system.

The engine won’t be overheating easily. The engine noise levels will be much lower since water jackets are used. The thermal efficiency of the engine will be far higher as well.

Comparison of the Cooling Systems

Now let us compare the characteristics of these three cooling systems. Although, these have been discussed individually in the above sections, a comparison is made among the cooling systems here.

The liquid cooling system, on the other hand, does not contain fins or oil cooler, but has water jackets for the coolant to flow in and has a radiator to cool down the liquid coolant.