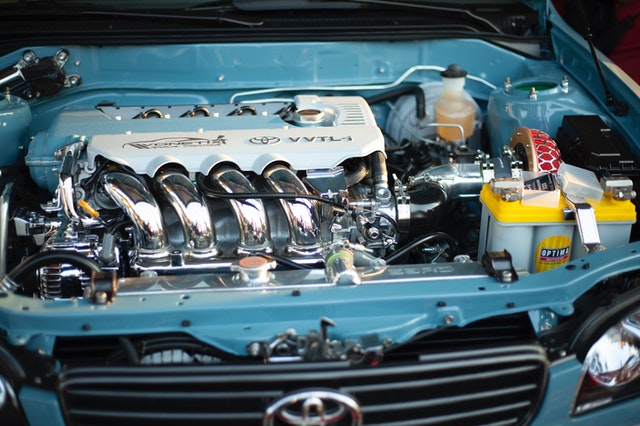 Cars have a more complex engine system than a motorcycle. they both are used to generate rotational force to drive the vehicle. But is it worth it? To understand this much better, we will need to understand every aspect that affects the outcome of this mechanical work.

Let’s dive right in to understand more about how using a motorcycle engine in a car works.

You would be amazed to know that even in the past, people made such vehicles. And they had a term for it – “Bike Engine Cars”!

Bike – Engine cars are those vehicles that use engines borrowed from motorcycles.

These cars were first built during the 1940s. The 1948 Invacar and the 1949 Bond Minicar are fine examples of the first cars that used motorcycle engines. These were made to provide low-cost transportation.

However, these cars were not able to attract a large base of consumers. And overtime lost the attraction.

Here is a detailed post outlining the differences between a car engine and a motorcycle engine.

Still, these cars managed to form a small fan base which can be witnessed by races organized by 750 Motor Club, Radical Sportscars, IMSA prototype lites, and the BMW formula junior series.

This fanbase has helped to keep a very extraordinary generation of cars. At present, there are very few such vehicles currently in production. Ariel atom, Piaggio Ape are some of the famous examples.

How To Use A Motorcycle Engine In A Car?

To build any machinery, we have to follow a step-by-step guidelines. The making of a motorcycle engine car will broadly be as follows.

First, we will have to find a suitable car for the transformation. And this car should meet some specific requirements.

The car should be small in size and lightweight. If it’s heavy, you will have to shed some weight by excluding unnecessary items. This will help the car to operate on low torque.

Additionally, the distance between the rear and front wheel should be short, which will allow good power delivery.

#2: Getting a motorcycle engine

There are many motorcycle engines in the market. But it would be best if you go for the one which can produce maximum torque without sacrificing horsepower.

It will be a plus point if it operates and delivers torque on lower rpm. This engine should be easy to modify and maintain for better practicality.

A new motorcycle engine will replace the previous engine of the car.

As the new engine will have new dimensions, you will have to tweak the frame. It will help the engine to be placed perfectly and will reduce the chances of the engine being toppled inside the engine compartment.

That’s why we will have to build a new exhaust for the new engine. That exhaust should be long and fit well and also be tweaked according to the engine’s back pressure.

This is actually a more pain point than replacing the engine itself. So, handle this with care and preferably, involve an expert who has done this rebuilding before.

The engine will require oxygen to start combustion. But since it will be under the hood, you will have to build a custom intake as well.

This intake should be placed to fetch maximum oxygen because it’s not hard to build. It is only used to guide the path of oxygen into the engine.

The requirement of a clutch, brake, and gear to operate the vehicle is undeniable.

All these components are similar in both cars and bikes. But the method to operate them is different.

If you have a clutch and accelerator that use cable, the transition should be easy.

Clutch and accelerator cables will have to be extended till the driver seat. After this, the clutch, accelerator, brake pedals, and gear stick will be adjusted and installed. After installation, the process of replacing gear, clutch, and accelerator will be completed.

Gauges include the meters showing the readings of speed, fuel, and rpm on the instrument cluster. The gauge used by the motorcycle engine previously can be used.

You can try to build a custom gauge, but it will just be an unnecessary expense and labor.

Once you have rebuild the car with a mtoorcycle engine, you need to constantly monitor the engine and makes sure to keep it cool.

The engine will be operating on high RPMs for an extended period of time. The repeated combustion and friction will produce lots of heat. This heat can damage the engine in the long run.

The radiator of the car can keep the engine cool easily. The radiator used in bikes can also be used but it would be less powerful than a car radiator.

Pros and Cons Of Using A Motorcycle Engine In A Car

Advantages of using motorcycle engine in a car

Car engines are made to produce immense horsepower. It has many complex parts working together in harmony. So many parts also make it hard to maintain. Motorcycle engines are not equal in terms of horsepower. But they have a less complex and easy-to-maintain structure.

With the rising fuel prices, it is necessary to have a vehicle with good fuel economy. It also helps towards lowering the rate of pollution. Car engines are powerful but also fuel-hungry. The majority of the cars in today’s market have a fuel economy of 18-22 kmpl. Motorcycles are a much better option to save money on fuel. Some of the best motorcycles can even give a mileage of 65+ kmpl mileage.

Disadvantages of using motorcycle engine in a car

A motorcycle engine in a car sounds great, but the practical application says otherwise.

These engines had horsepower but lacked behind in terms of torque. Torque measures the amount of weight that an engine can pull. The lightweight of motorcycles helps them to operate on low torque. Buy cars that weigh more than 1500 kg. Cars require a large amount of torque to start moving. That problem can be solved by using a lightweight car. But such light cars don’t offer much safety.

Reverse gears are used to reverse a vehicle. Adding this gear raises the manufacturing cost. Motorcycles are lightweight, which eliminates the use of reverse gears. Its absence is felt when a motorcycle engine is placed in a car. All cars have a reverse gear. It is practical in cars, which are very heavy to push behind. The lack of reverse gear in motorcycle – engine cars is a significant disadvantage.

Motorcycle engined cars are made lightweight to function on low torque. This elimination of weight is done by removing all the extra materials of the car. Due to this, the safety of cars has an impact. The car becomes light, but it’s not safe. The safety aspects of cars can’t be ignored if they are driven on the road. Moreover, by looking at the weight capacity, only a certain number of people can sit in that car.

Should You Use A Motorcycle Engine In Your Car?

Motorcycle-engine cars have many disadvantages. The absence of proper safety should be a reason enough not to use motorcycle engines in a car. It can be fun, but if something goes wrong, then these cars won’t protect you. So it is advisable to not use motorcycle engine in cars and stick with the stock cars.

What will happen if I put a car engine in my bike instead?

Yes, we can use car engines on motorcycles. But it will be more complex than putting a bike engine in a car.

To execute this, we will need to build a very sturdy bike frame to handle car engines. Also, the motorcycle will not be practical to use.

It will be cumbersome and hard to maintain. This engine will produce a lot of vibrations. The biggest problem of all is to customize the gear. It is popular among motorcycle models.

Replacing car engines with motorcycle engines sounds interesting. But, the process is hectic.

It won’t be justifiable be it from an economic standpoint or performance standpoint to use a motorcycle engine in a car.

Not to mention, making a car out of a motorcycle engine comes with a higher risk of many things. Even after putting so much hard work into it, it won’t provide you the best performance.

Difference Between A Motorcycle And Car Engine (Detailed Guide)

Why Do Motorcycles Have A Reserve Tank? (Explained!)