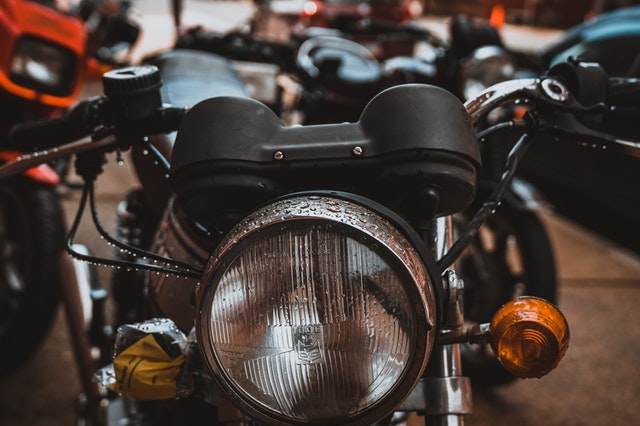 To slow down a motorcycle, you can either use the front or rear brakes. Or, you can slow down by rolling the throttle down to decelerate your bike – which is called engine braking.

One thing to keep in mind is that you should also downshift the gear to match the road speed while engine braking. Most motorcycle riders do this knowingly or unknowingly. And this is a riding practice that is useful in the long term.

What is Engine Braking?

Engine braking is nothing but decelerating the motorcycle by rolling down the throttle. Instead of applying brakes.

That’s it. That’s what is called engine braking.

You probably are doing engine braking already. And just do not know the term for it.

Now the question comes, whether to apply brakes or engine brakes.

Both methods of braking are fine, to be honest. Both slow down your motorcycle. Although applying brakes is the way to go if you want to slow down faster.

Engine braking is far more suited when you want to decelerate and is not in a hurry to slow down.

The Science Behind Engine Braking

This might get a bit technical. But bear with me. You already know the basics of engine braking. It is motorcycle deceleration.

In a motorcycle engine, the fuel combustion goes on to generate power. This is what keeps the bike moving.

Now, during the intake stroke, the piston moves down to fill the cylinder with the fuel mixture entering.

When you accelerate, the butterfly valve opens and air enters the cylinder. This mixture then burns during the combustion stroke to produce energy. The produced energy accelerates the motorcycle and moves the wheels in speed.

During engine braking, you roll down the throttle. The air intake stops. But the piston continues to move down during the intake stroke. This creates a vacuum in the cylinder which resists the further movement of the piston and thus drags the wheel. This in turn slows your vehicle.

Sometimes during engine braking, the rear wheel tries to move the engine faster than it has to under engine braking. This makes the motorcycle lose traction and shaky.

To prevent this, nowadays motorcycles come with a slipper clutch also known as a back-torque limiter.

Is Engine Braking Good Or Bad For Your Motorcycle?

People have different opinions on this. The argument on whether the engine braking is good or bad is still going on.

But, if done correctly, engine braking is really good for motorcycles. It can even protect your vehicle in many ways.

Some of its pros are as follows:

Second, since you will be using brakes much less frequently, engine braking enhances the life expectancy of brake pads.

Third, the gas mileage of your motorcycle will improve since the fuel is not wasted as you use the throttle more and more to adjust your bike speed.

However, there are some minor downsides to engine braking.

There are some myths about engine braking that should not be taken seriously.

Lack of Lubrication in the Engine

It is said that Engine Braking can lead to a lack of lubrication in the piston.

This doesn’t make any sense.

If you are using engine braking in a two-stroke engine, then the engine might (a big might) suffer a lack of lubrication.

But in a four-stroke engine, there will be a separate oil pump to lubricate the engine which has no connection with you closing the throttle.

Premature wear of transmission and clutch

I can’t completely disagree with this one. If one engine brakes a lot and constantly downshifts the gear to match the road speed then it can lead to transmission and clutch wear.

But if you are doing it decently, i.e., downshifting and rev-matching while engine braking, then it won’t harm the transmission and the clutch.

To understand this we should know the difference between a Two-Stroke and a Four-Stroke Engine.

In four-stroke engines, where the engine oil flows separately from the fuel, the oil and fuel are not mixed.

Now, back to two-stroke engines. Engine braking leads to a lack of fuel flow in the combustion chamber as you throttle down. Since oil is mixed with fuel, engine braking also leads to lubricant scarcity in the engine. This might seize the piston.

If you use the engine brake normally, it won’t harm the engine. But if you engine brake excessively in two-stroke engine motorcycles, it might lead to a seized piston. Which definitely costs you more than a brake pad.

So, it is better not to engine brake excessively in a two-stroke engine.

When To Use Engine Braking?

Here are a few instances when to use and not use engine braking in your motorcycle.

Overall, you can use engine braking most of the time. A few special instances include:

Engine braking is very helpful while riding downhill. You just need to lower the gear and use the engine brake. This reduces the use of the brake thereby preventing overheating of the brake. So, brakes last longer.

Engine braking is useful for cornering. Especially in a track ride. Racers engine brake effectively to corner and yet maintain a good speed. It helps the motorcycle slow down for a corner and also be in the rev range of the engine.

Be careful in traffic though

When you slow down using the brake, the red backlight in your motorcycle glows. This gives a warning to you the vehicles behind you that you are stopping or slowing down.

However, in a few motorcycle models, especially old ones, the rear lights brighten only when you apply brakes. If done in traffic, it might lead to accidents, since the vehicle behind you won’t get a signal that you are slowing down.

In such cases, use brakes along with engine braking just to signal the follower.

Engine braking is something that you get better gradually by practicing. Over time it will become a habit for you while braking or downshifting.

As such, Engine Braking is not at all bad for your motorcycle. In fact, it is good for your bike since it comes with so many pros like less wear on brakes, improved brake pad lifespan, and enhanced gas mileage.

So, go ahead with engine braking whenever you feel so during your next ride.

What Is Motorcycle Tune-Up Process? (Explained!)

What Is A Motorcycle Kill Switch? A Simple Helpful Guide