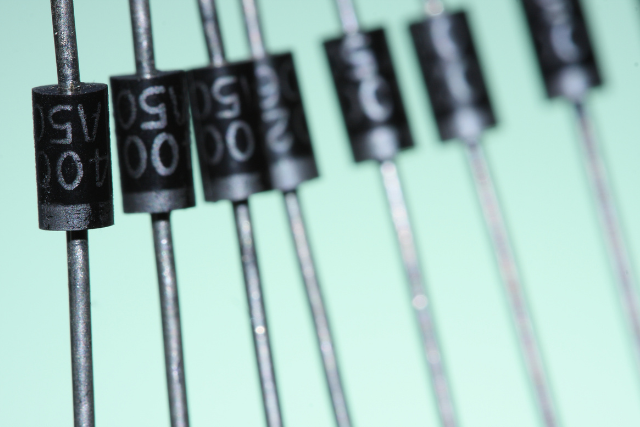 The regulator rectifier in a motorcycle converts AC into DC and regulates the voltage for the battery.

It is difficult to pinpoint when the regulator rectifier has gone bad.

So, here are the symptoms you can use to identify a bad regulator rectifier in your motorcycle.

Before diving into these symptoms, let’s first have an overview of regulator-rectifier’s role in a motorcycle.

Role of regulator rectifier in a motorcycle

The regulator rectifier in a motorcycle has 2 functions:

This alternating current generated by the alternator is passed on to the rectifier/regulator which converts the AC into DC (direct current).

The direct current, converted by the rectifier, is then passed on to the battery. the battery will store this charge for motorcycle usage requirements.

The charging system in the motorcycle can be viewed as a 3 part system:

If any one component in the charging system fails, the effects will be seen in the parts relying on the battery to supply power. And regulator rectifier is no exception.

Without a working rectifier, motorcycle won’t be running well.

Headlights rely on the motorcycle battery to power them up.

Any problems in the charging system (consisting of the alternator, regulator-rectifier, and battery), you will first notice it in the headlights since headlights are such hard-to-miss components.

So if you are noticing your motorcycle headlights dimming or flickering, there is most likely a problem there.

Of course, the causes can be any part of the charging system. Or even the headlights themselves. But it narrows down the possibilities.

Still, dimming or flickering headlights is one of the symptoms of a bad regulator rectifier.

#2: Problems in starting the motorcycle

Another symptom of a bad regulator rectifier is starting problems.

If the regulator rectifier is not working properly, the battery will not get charged. As a result, there will be starting problems since most modern motorcycles rely on the battery for ignition.

So whenever you are facing starting problems in your motorcycle, keep in mind a bad rectifier can cause this.

Of all these 5 symptoms of a bad rectifier in a motorcycle, a dead battery is the most important one. You can say it is a dead giveaway. 😉

A dead battery is when the battery has no charge. Again there are lots of confusing references here.

A truly dead battery (like dead dead battery) refers to a battery that is incapable of charging. Even if you try to charge, the battery won’t charge up.

Then there is the drained battery. Sometimes casually referred to as dead battery again. The charge is drained out, but the battery will definitely charge up if you connect it to a charger.

The second case is the interesting one. If the battery is drained out and does not charge even if you are running the motorcycle, then the problem is either the alternator or the regulator-rectifier.

That’s why a dead battery is such a major symptom of a bad rectifier. It essentially narrows down the cause and points it to the bad rectifier faster.

This is an extension of the previous symptom. If the battery has no charge, it will not be able to power up the electronic accessories on your motorcycle.

These electronic accessories include:

If these accessories are not working properly at the same time, then you can be sure there is something fishy with the charging system.

A bad regulator rectifier will lead to a drained and dead battery, which in turn results in these electronic accessories not working properly.

Okay, this symptom is not easy to spot.

Overvoltage happens when the regulator has gone bad. And to be cent percent sure about overvoltage, you need to check it with a multimeter.

So, if the rectifier has gone bad, there will be charging problems and hence the battery will be drained most likely.

If, on the other hand, the regulator has gone bad, the battery will be overcharged and operating at higher voltages. Because the regulator is not controlling the voltage level.

One sure sign to see overvoltage is when the headlights flicker a bit too much.

Also, overvoltage eventually leads to overheating as well. If you are noticing too much heat in the area where the battery and the regulator rectifier is located, overvoltage is a sure sign.

To check the rectifier, first disconnect all the wires. Take the multimeter and set it to diode function. Next, connect its positive lead to the battery’s terminal. Check the voltage reading by placing the negative lead on each of the three prongs of the rectifier. All three readings should be 0V.

Repeat the process with multimeter’s negative lead on battery’s negative terminal. Again, all three readings should be 0V.

Now, connect multimeter’s negative lead on battery’s positive terminal. And check the readings with each of the three prongs. The readings should be around 0.5V.

Reepat the process with multimeter’s positive lead on battery’s negative terminal. Again, all three readings should be around 0.5V.

If these conditions are not met, there is something wriong with the rectifier and needs to be addressed. Most likely, replaced.

To check the regulator, you need to check the battery voltage when the engine is running.

Put the motorcycle on neutral, start the engine, rev it up and note down the battery voltage with a multimeter. If the voltage is higher than 14V or lower than 12V, then the regulator is damaged.

Once you have diagnosed that the regulator rectifier has gone bad, it is time to replace the component.

Since there are several linkages and connections, it is for the best if you take it to your dealer or a service shop rather than doing it yourself.