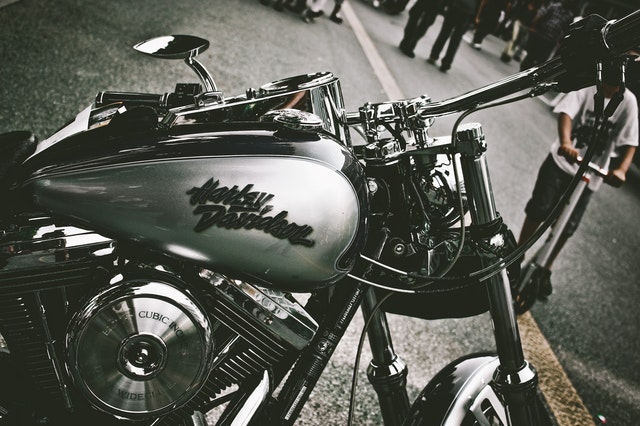 As the motorcycle adds on kilometres, it’s no secret that engine components experience gradual degradation due to wear and tear. If poorly treated, even a fairly new motorcycle engine can show adverse effects in its early life.

Thankfully, most motorcycle engine health issues can be addressed.

Poor maintenance and neglect are among the many reasons for engine performance downgrade. In a worst-case scenario for a motorcycle, a total engine failure can mean it has to be replaced or scrapped.

Prompt and remedial measures will extend the working life of the engine and spare the owner of costly repairs.

Where And How To Begin Inspection For Engine Problems

The best time to inspect for a potential engine problem is to cold start the motorcycle and let it warm up. Use the throttle mechanism occasionally to rev up the engine and then make the observations.

First, look for signs of oil leaks around the engine. Begin at the top and look for discoloration or burn patches on the cylinder head in particular.

A warped cylinder head will have to be fixed at a machine shop before it can be used again. If it is beyond repair, then it has to be replaced.

If the engine is still not running smoothly, there could be other reasons for this: Fuel quality and its delivery, ignition system, spark plugs, poor compression among others.

An engine with weak compression can appear to be run fine at start up initially and falter later.

Worn out internal parts like pistons, gudgeon pin and piston rings, valves and valve seat/guides, cylinder itself, engine bearings, crankshaft and connecting rods can also be responsible for degrading its performance.

Having to refurbish or rebuild these vital components involves stripping down the engine that can be time-consuming and expensive.

Pistons are among important hardware designed to have tight-fitting grooves that support oil control rings (also known as piston rings). The job of these cast iron rings in the aluminium alloy pistons is specific.

This excessive engine oil in the combustion cylinder is wasted from the exhaust port as white/blue smoke.

Valve guides in four-stroke engines are there to prevent oil from leaking into the combustion chamber. When valve guides wear out, it lets some of the engine oil to leak into the cylinder and burn out as smoke.

This phenomenon depletes the oil level in the engine very fast.

Valve seats also play an important role in sealing the combustion chamber and when they wear out, they cause the valves to leak. Such a situation will impact the performance of the engine and cause it to become sluggish.

Signs like power loss, erratic running, continuous billowing of smoke from exhausts are some of the tell-tale signs that hint all is not so good inside the engine.

Also look for oil seepage from areas in the engine that has oil seals. In older motorcycles with kick starter mechanism, this is an area that is often overlooked as it is covered or enclosed.

On high-tech motorcycles, especially those that use synthetic engine oil, exhaust smoke may not be so evident as its composition is different than semi-synthetic or mineral-based engine oils.

However, in a weak engine there will be clues like the characteristic smell of burning oil and frequent oil level dips.

A motorcycle engine is a sum of many working parts. Ignoring the basic symptoms usually ends up in expensive repair bills and downtime for the machine.

And there will come a time eventually when it will experience wear and tear.

Correct quantity and grade of oil inside an engine plays a key role in keeping the engine in good working order.

Check the oil level at regular intervals when the engine is cold.

Older machines tend to consume more oil due to wear and tear of engine components.

You need not to worry about moderate oil consumption in newer engines as they are designed like that.

Engine oil consumption is normal. And depending how much the motorcycles runs it will gradually drop.

Periodic engine oil level inspection and top up is always recommended by experts.

If you observe that engine oil depletes faster than the manufacturers’ recommended oil change sheet, it could mean disaster for the components inside the engine like bearings, oil seals, bearings among others.

Make it a regular part of the health check-up of your machine.

Leaving the crankcase low on engine oil will cause more damage.

Then there’s another thing to worry about, especially as we are now using BS VI unleaded fuels and new complaint motorcycles are fitted with catalytic converters.

So, the big question is: Despite evidence of burning oil smells and other suggested symptoms, is it recommended to keep using the motorcycle?

The straight answer is: Sooner the problem is attended, the better it will be for both man and machine.

A temporary solution is to keep topping up the engine oil level frequently and prevent damage from friction overheating.

The flip side is that it could cost you a catalytic converter.

Manufacturers’ recommended specification engine oils come built-in with additives and chemicals that lubricate the pistons and ensure they operate within the cylinders efficiently.

Without proper lubrication in the system, the working pistons will grind against the cylinder wall.

This action will produce heat and with heat the pistons will expand and seize the engine. In such a scenario, there’s a good chance that the cylinder liner will get permanently scarred and will require a re-bore or costly replacement.

Solutions For A Smoking Engine

Even if your motorcycle periodically consumes more engine than the prescribed limit or emits white/blue smoke from the exhaust, it’s not all over. Thanks to the availability of curated aftermarket products like engine oil additives.

The job of an oil additive is to seal the engine and prevent oil leaks from gaskets.

Engine oil additives can also be used in good working engines for increased performance, better fuel efficiency and to some extent reduction of engine noise.

Most engine oil additives are Teflon-based and are designed to create friction-free environment inside an engine.

For a few thousand kilometres these additives work very well.

However, engine oil additives should not be considered as a permanent fixes for weaker engines.

If the air filter isn’t up to the mark or clogged it will not be able to prevent harmful contaminants entering the engine.

The process is called engine flushing.

Engine flushing uses a special oil additive that deep cleans the engine during an oil change. It’s a simple process. Just add the additive to the fresh engine oil and let the engine run for a few minutes allowing the chemicals enough time to complete their assignment.

Engine flushing reduces the speed of corrosion inside the engine by removing most contaminants.

Quality engine flush additives will remove  and help restore the engine to its peak condition. Oil additives and once-a-year engine flushing is strongly recommended by experts for motorcycles that clock high mileage.

Some tech-savvy workshops offer temporary solutions for engine leaks. They use two-part additives that target weaker sections of the engine that are responsible for burning oil.

What it does is block gasket leaks and helps improve the overall condition of the engine.

The third option is to improve compression in the engine without replacing pistons and rings by using special additives.

Engine oil burn is an indication of a weakened engine and needs to be addressed promptly to avoid costly repairs and inconveniences.

What Is A Motorcycle Kill Switch? A Simple Helpful Guide

Battery Tenders – What Are They And Do Motorcycles Need Them?