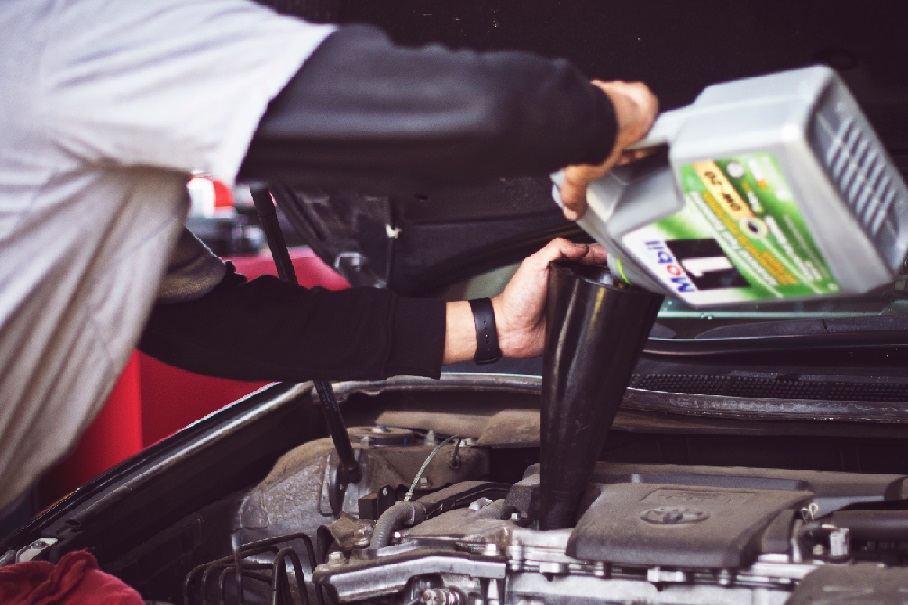 Does motorcycle oil work in a car? Things would be much simpler and easier if we can use motorcycle oil in a car and vice versa, isn’t it? However, that’s not something to be done easily.

Motorcycle oils and car oils do not work the same way. Both these oils are not interchangeable. Using motorcycle oil in a car will reduce the engine performance and fuel efficiency of the car, and can even damage the transmission.

So, it is not advised to use motorcycle oil in a car or conversely, car oil in a motorcycle. The risk of damaging the engine and transmission components is too high to chance it.

The same goes for coolants as well. You should not mix motorcycle and car coolants.

What Motorcycle Oils do

The primary aim of motorcycle oils is to lubricate and cool the transmission.

Motorcycle use the same oil for both the engine and the gearbox. As a result, the oil requires slightly higher frictional characteristics in order to lubricate the wet clutch, which transfers power to the drive train.

That’s the reason motorcycle oils have a higher viscosity when compared to car oils.

In addition, the motorcycle oils have a balanced frictional characteristics to maintain both fuel economy (which requires low friction) and clutch performance (which requires higher friction).

What Car Oils do

Car oils are also used as a lubricant to the engine parts. However, the main distinction here is that the car oils contain friction modifiers which reduces the friction and provides better transmission between the components.

These friction modifying properties in the oil enhances the performance of the car in terms of fuel economy.

Difference between a Motorcycle Oil and a Car Oil

Here are the major differences between a motorcycle oil and a car oil.

Why you should not use Motorcycle Oil in a Car

Firstly, motorcycles use the same oil for both the engine and the gearbox. However, cars require completely different oils.

Second, motorcycle oils have higher viscosity and friction characteristics when compared to car oils. If motorcycle oil is used as a replacement for a car oil, the fuel efficiency of the car will drastically reduce down due to high viscosity of the motorcycle oil.

Why you should not use Car Oil in a Motorcycle

This is because, car oils have lower viscosity and therefore, low friction characteristics. This low friction will not help in lubricating the wet clutch properly as it will be too slippery for the clutch. As a result, clutch will not function as required if car oils are used in a motorcycle.

Another reason why you should not use car oil in your motorcycle is because car oils contain detergent additives which has high ash content in them. When used in a motorcycle, these additives can form deposits in the piston crown and valve train, which could again damage your motorcycle performance.

Motorcycle oil and car oils are not interchangeable. A motorcycle oil cannot be and should not be used in a car and vice versa.

If a motorcycle oil is used in a car, then the transmission performance and the fuel efficiency of the car will drastically reduce down and can potentially damage the transmission.

If a car oil is used in a motorcycle, wet clutches might not transmit power properly and the additives in the oil will start accumulating as deposits, thereby damaging the engine.

When Do Motorcycle Helmets Expire?