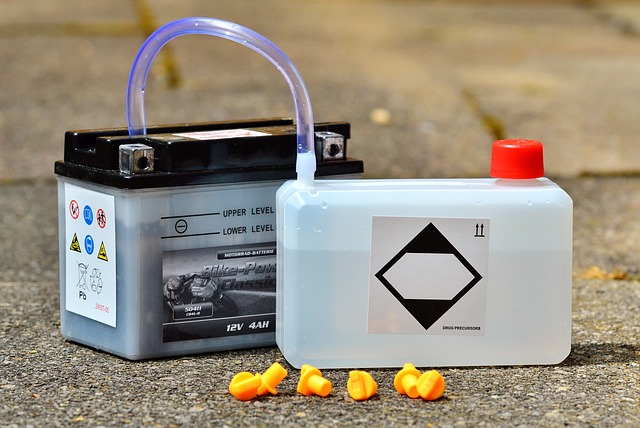 You find that your motorcycle battery is not charging while riding and are not sure what the problem is.

Most modern motorcycles will not start without a functioning battery. So, it becomes extremely important for your battery to charge.

Why is a motorcycle battery not charging?

The main reasons why a motorcycle battery is not charging are:

Let us deep dive into each of these causes, their symptoms and diagnostics and how to address it to have your motorcycle battery back to charging.

The first and the most obvious reason why your motorcycle battery is not charging is because the battery is dead.

A dead battery is no more capable of holding an electric charge.

And hence, if you find that the bike battery is dead, you need to replace it with a new battery as soon as possible.

Reasons For A Dead Battery

Here are the main reasons for a dead battery in a motorcycle.

Once the battery is dead, you can’t do much about it. All there is left to do is replace the dead battery with a new one.

Maintenance Of A Battery

To keep the battery in good working condition, you need to work on some preventive maintenance. This will not only prolong the battery life, but also enhances the functioning of electric accessories.

Here are the main preventive maintenance measures for a battery.

While cleaning the battery for maintenance purposes, use a wire brush or sandpaper to clean the corroded terminals. And always wear safety glasses.

#2. Alternator Is Not Working

An alternator is a generator that converts mechanical energy into electrical energy in the form of AC (alternating current).

The alternator converts the mechanical energy derived from the motorcycle engine into electrical energy in the form of alternating current.

The battery in a motorcycle gets recharged by the electrical energy produced by the alternator and converted to DC (direct current) by the regulator.

A bad or a damaged alternator will not generate electrical energy from the engine’s mechanical energy. As a result, there is no electric charge generated for the better to store.

Thus, the battery will not charge if the alternator is not working or damaged.

How To Tell It Is A Bad Alternator

One simple way to determine whether it is a dead battery or a bad alternator is to jumpstart the battery.

If the motorcycle is not starting because the battery is drained but jumpstarts, then there is nothing wrong with the battery, the alternator is damaged and should be looked into.

If the motorcycle is not starting due to a drained battery and also wont jumpstart, then the battery is dead and should be replaced with a new one.

Another method to check is to take out the battery and recharge it for some time. Then measure its voltmeter readings. If there is power in the battery after some recharge, then battery is fine and alternator needs to be looked into.

Another possible reason why your motorcycle battery is not charging is because the regulator-rectifier is damaged.

A regulator rectifier component in a bike converts the AC (alternating current) generated in the alternator into DC (direct current). This DC is then passed on to the battery for it to store the charge.

The regulator-rectifier also regulates the voltage of the current passing through so that it lies within the battery range. Hence the name regulator. And the name rectifier for converting AC to DC.

Now, once we have concluded that the battery is not dead and the problem might most likely be the alternator, we generally check the alternator.

So, once you check the alternator and find no problem in it, it is time to check the regulator – rectifier.

Since the regulator – rectifier is a complicated component of the motorcycle charging system, it is better to take your bike to the dealer or the service shop for the repair.

#4. A Blown Fuse In The Motorcycle

Fuses protect the electrical circuits on your vehicle. If something electrical on your vehicle stops working even after you have recharged the battery or replaced with a new one, check for and replace any blown fuses.

Here is a detailed steps to inspect and replace  a blow fuse.

For inspection and replacing the fuses, you need to remove them out of the bike.

If a fuse is blown, you need to replace the fuse of the same rating.

Replacing a fuse with one that has a higher rating greatly increases the chance of damage to the electrical system.

If a fuse fails repeatedly, your motorcycle likely has an electrical fault. Have your vehicle inspected by your dealer.

Steps To Replace A Blown Fuse

To replace a blown fuse in your motorcycle, follow these steps if you are doing it yourself.

In case you are not sure and are not well versed with bike components, take your motorcycle to your dealer or the service shop. It will save a lot of time.

First, remove the bike seat. You need to start by removing the bolts and then pull the seat up and backward to take out the seat from motorcycle.

Once you have removed the seat out, take out the fuse box cover next.

Now, it’s time to pull the fuses out one by one with the fuse puller in your tool kit. You need to check for a blown fuse.

You must always replace a blown fuse with a spare fuse of the same rating.

Few motorcycles provide spare fuses which are located near the battery. So, check for spare fuses near battery in cases you have been provided with them.

Now, once you have replaced the blown fuse with a new one, reinstall the fuse box cover back to its place.

And lastly, reinstall the seat again and tighten the bolts. Make sure that the seat is locked securely in position to pull it up lightly.

The last likely reason why your motorcycle battery is not charging is because of loosened or broken wiring connection in the charging circuit.

Most motorcycle models have several circuit breakers to protect the motorcycle wiring.

They are: main, lighting, accessory, instruments and ignition. Each of these breakers is self-resetting and automatically returns steady power to the circuit when an electrical fault that causes it to trip is found and corrected.

If the electrical fault is not found and corrected, the breaker cycles on and off causing the motorcycle to operate erratically and eventually the battery will lose its charge.

That’s why any loosened or broken electric wiring should be best dealt by the dealer or service shop rather than you trying to correct the circuit by yourself.

Take the motorcycle to your dealer or the service shop to repair any problems is the electric wiring that is cutting of battery charging.

How long does a motorcycle battery last?

The motorcycle battery typically lasts between 2 to 5 years.

The life of the battery largely depends on the type (conventions, lithium, gel), maintenance, and riding habits.

Most motorcycle batteries should easily last for more than two years. If you maintain the battery properly, it will last much longer in your motorcycle.

I have seen motorcycle batteries that lasted around six years as well. So, good maintenance is the key.

How often should you check the battery?

The battery should be checked regularly and needs to be maintained.

An ideal maintenance period is every 3000 miles which should coincide with your motorcycle servicing period. So, every time you take your bike for servicing, ask the service shop to inspect the battery as well.

For the battery maintenance, these are the things that should be taken care of.

Can a motorcycle run without a battery?

Most modern motorcycles cannot run without a battery.

If the battery is at marginal health and some life is still left in it, the motorcycle can be started with a push/bump start.

However, in general, if the battery is not charging and runs out of charge, the motorcycle will not be able to start.

The only exception where the battery is not needed to run are motorcycles with magneto ignition, which can be seen in old motorcycles, small dirt bikes, and scooters.