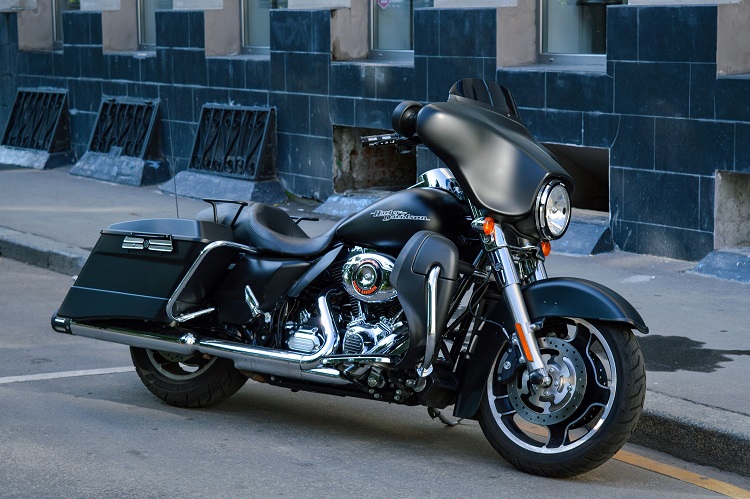 You might have noticed that many new motorcycles – both of lower cc and higher cc, are coming with only electric starters. No kickstarts at all.

For someone who is riding motorcycle for along time, this might be a strange thing. After all, you always use the kick-starter whenever the electric starter fails right.

That’s why, it has become more and more common for new motorcycle models to not have kickstarts at all.

Read on more for more details on why some motorcycles don’t have kickstarts.

Why Motorcycles Have Kickstarts?

Before diving into the reasons for removing kickstarts from motorcycles, let’s first venture into why motorcycles had kickstarts in the first place.

In old vintage motorcycles, the ignition and fuel injection systems were completely mechanical. These motorcycles did not have any batteries in them.

The engine was started mechanically through the kick start. The fuel injection was carried out by the carburetor which was manually tuned to determine air-fuel ratio. Even the lights – headlight, back-lights, turn-key indicators were powered by engine. You could see the lights fading when engine wasn’t generating enough power.

The function of the kickstart was to start the engine. It was the sole method for ignition in these motorcycles.

If your motorcycle has the kickstart, here are some simple tips to kickstart easily.

However, with the introduction of batteries in motorcycles, things started to change. A push on electric starter button was now sufficient to start the engine – without the hassles of kickstart. Still, kickstart remained an alternate method for ignition in case the battery no longer worked.

As time passed, more and more electrical systems started replacing the mechanical way of operations. The most important of them being – the replacement of carburetors with fuel injectors.

While carburetors mixed the fuel and air with the ratio based on its tuning set by the operator, Fuel Injector sprayed fuel into the engine depending on the riding requirements.

Fuel injectors are controlled by an Electronic Control Unit (ECU) which determines the fuel amount to be sprayed based on the data it receives from various sensors. As a result, fuel injectors are far more superior to carburetors in terms of fuel management and performance.

Now, since fuel injectors are controlled by ECU which in turn run on the battery, a dead battery means a lot more now than it was in the carburetted motorcycles. If the battery is dead, the fuel injector won’t work anymore.

However, the ignition system evolved to be more electric as well. Most modern motorcycles have electrical ignition systems with the popular variant being TCI (Transistor Coil Ignition) system.

Kick-starts Are Irrelevant In Electrical Systems

As kick-starts became more and more redundant in motorcycles with fuel injections and electrical ignition systems, their place in the motorcycle started to reduce down.

A dead battery essentially meant that the motorcycle would not run. No amount of kickstarting would change that.

The only usefulness kickstart had was when the electric starter was not working but the battery was well alive and functioning. This was a common occurrence during cold starts. In these situations, kickstart is useful in starting the motorcycle. And most manufacturers still keep kickstart in their motorcycle primarily because of this reason.

Now, however, the electric starter system is improved upon. The inconsistencies in its functioning are being addressed. And when their shortcomings are taken care of, there was no utility of kickstart in a motorcycle anymore.

Simply put, fuel injection system running on ECU and electrical ignition system – both require battery for their functioning. With a dead battery, no amount of kickstart can start the engine. With the inconsistencies in the electric starter addressed upon, the kickstarts have become irrelevant in the modern motorcycles. And for these exact reasons, we don’t see some of the modern motorcycles having a kickstart.

Other Reasons For Removing Kickstarts From Motorcycles

Apart from the primary reason discussed above, here are some of the secondary reasons why some modern motorcycles don’t have kickstarts anymore.

Ease Of Design And Manufacture

The design and manufacturing of motorcycles are far more complicated when compared to the earlier ones. Many motorcycles nowadays have their engine taking up a large space in the motorcycle. With technology continuously evolving, the manufacturers want to let go of redundant or inefficient systems.

Adding kickstart also requires adding the relevant mechanical engines used to kickstart a motorcycle. With so much additional components, the weight of the motorcycle is bound to increase.

However, if you go the other way and remove the kickstart, you will be removing the relevant mechanical components as well. As a result, the weight of the motorcycle would be reduced. With the customers favoring the light-weighted motorcycles more and more, motorcycle manufacturers are preferring to do away with kickstarts.

And removing kickstarts will obviously reduce the manufacturing expense without much compromise on the functionality of a motorcycle. So, the manufacturers are not providing kickstart since it lowers their production cost.

This one is debatable. Bike manufacturing companies opine that most riders prefer the electric starter to start the engine. Additionally, cruiser bikes such as Harley Davidson which have their seats far lower when compared to other motorcycle seats, makes it uncomfortable for kick starting.

Since, electric starter is the preferred option and most riders not using the kick-starts at all, manufacturers of cruiser bikes are removing kick-starts citing no functionality and comfort reasons.

So, the kickstart is removed in some motorcycles majorly because they are of no use when the battery is dead.

A modern motorcycle has too many electronic systems dependent upon the battery for their functioning. This is specifically true for fuel injection system in motorcycles which operate on ECU and draws power from the battery.

If the battery goes dead, the kickstart is of no use since the electrical systems won’t work anyway. The increasing redundancy of kickstarts has made the manufacturers to do away with it.

Fuel Injector vs Carburetor In A Motorcycle – Which is Better?

Disc Brake Vs Drum Brake – Which Is Better In A Motorcycle?