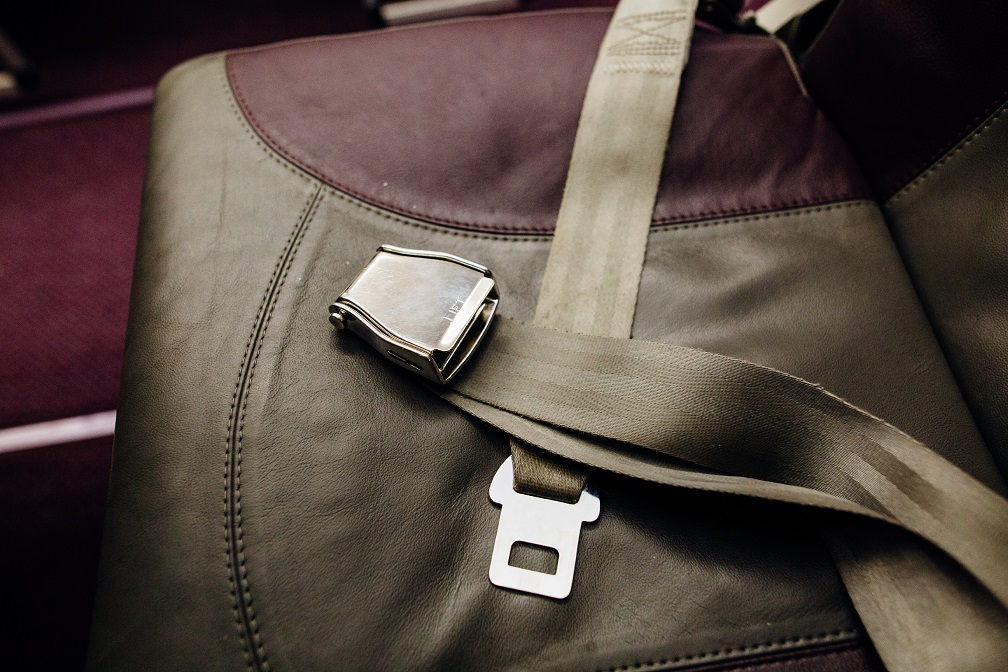 You might be wondering why motorcycles unlike cars don’t have seatbelts as a safety measure in them.

From a design and manufacturing perspective, it is not difficult to add a seat-belt for the rider. However, we still do not have any kind of seat belt mechanism for a motorcycle.

So why don’t motorcycles have seat belts then? Seat belts do not improve the rider’s safety while riding a motorcycle. The rider is better off without strapped to any seat belt and have the option to jump off the bike during a crash or an accident as going down with the motorcycle – for certain – can result in fatal injuries.

Jumping off your motorcycles may not guarantee safety or less injuries every time.

However, having a choice to whether jump off or stay with your motorcycle is a far better alternative a rider can have rather than being forcibly strapped to the seat belt and going down with the bike.

The first question that needs to be answered before adding seat-belts is – are they necessary?

Does adding seat belts improve safety for the motorcycle rider?

In a car, seat belt stops your body from hitting the debris or the front components of the car. When your car crashes and suddenly halts, the momentum of your body forces you to continue moving forwards.

But seat belts arrest that momentum and saves you from crashing to the front parts of your car (Airbags will add another safety layer to protect you from injuries).

Motorcycles, on the other hand, follow a completely different trajectory when it comes to functioning, crash and safety measures for the rider.

The major differences include:

Let us look into each difference and the impact of seat belt on motorcycle riding one by one.

#1 Unlike Cars, Motorcycles Topple And Fall Down Easily

This is the main distinction for why seatbelts are ineffective in motorcycles.

While cars are like a closed container space inside which the rider is seated and protected, motorcycles are open vehicles.

Add to it, motorcycles when halted do not stand on the road, rather their natural resting position is to fall down unless you use the stand.

So, when your motorcycle falls down you don’t want to go down with it.

As a motorcycle rider, you would naturally prefer more free movement when compared to driving a car.

You would usually bend forward sometimes and lean back some other times depending on your riding habits and accelerating or decelerating your motorcycle.

Aside the voluntary movements, you move your body parts even involuntarily far more times and at far more reach/angle when you are riding a motorcycle.

Including seat belts in motorcycles will inhibit your freedom for movements while riding the bike.

One would easily get annoyed by the restriction a seat belt places in the motorcycle.

Not just this minor inconvenience, restricting movements can also result in reduced driving performance as a rider gets annoyed and irritated from this restriction.

#3 Getting Stuck With Motorcycle In A Crash Can Be Fatal

If you face an accident or crash on something, you would be far better off with the option to jump off from your motorcycle rather than stuck with it and forced to go down along with your bike.

Imagine a scenario where your motorcycle is crashing a concrete wall. If you are not strapped to a seatbelt, there are three likely outcomes –

It is still a probability game and up to the chances. However, notice that you hitting the wall along with your motorcycle is going to guarantee injuries. The other scenarios are up to chances.

But having a seat belt will result in only one outcome – you hitting the wall along with your motorcycle.

And the bottom-line? Seat belts are in no possible way are improving a rider’s safety while riding a motorcycle. The rider is better off without strapped to any seat belt and have the option to jump off the bike.

What Happens If There Are Seat Belts In Motorcycles?

Again, as discussed earlier, if there are seat belts in motorcycles, the rider will be stuck with the motorcycle.

A crash, an accident, a toppling down – doesn’t matter. You go down with the bike.

A heavy motorcycle will be a pain if you are strapped with a seat belt. You can’t escape, now that the motorcycle is fixed between your two legs.

Toppling down? Your leg, for sure, is going to get crushed.

So, what if you don’t wear the seat belt? Well, what do you think will happen? If the design is not proper, the seat belts might hang down and get entangled in the wheel.

You have not traveled 10 metres, your motorcycle will topple down or will crash into something.

Okay, How About Ejection Seats In Motorcycles?

If jumping off the motorcycle is the better alternative during a motorcycle crash, how about adding ejection seats in motorcycles which will eject the rider during a crash?

Firstly, we don’t know for certain that jumping off is always the better alternative. What if you jump and hit a rock? You will be facing far grievous injury than if you have stayed on your bike.

Second, what if the surroundings are not suitable? Imagine you are driving on a bridge. Your motorcycle is about crash and you get ejected – out of the bridge and into a deep-water body!

Not a good safety measure, right?

Let us continue riding our motorcycles with the current safety measures for sometime shall we?

By the way, what are your wacky ideas to improve the safety of motorcycle riding? Comment below.

Will Your Motorcycle Rust In The Rain? (Explained!)

Can Your Motorcycle Run Without A Battery?