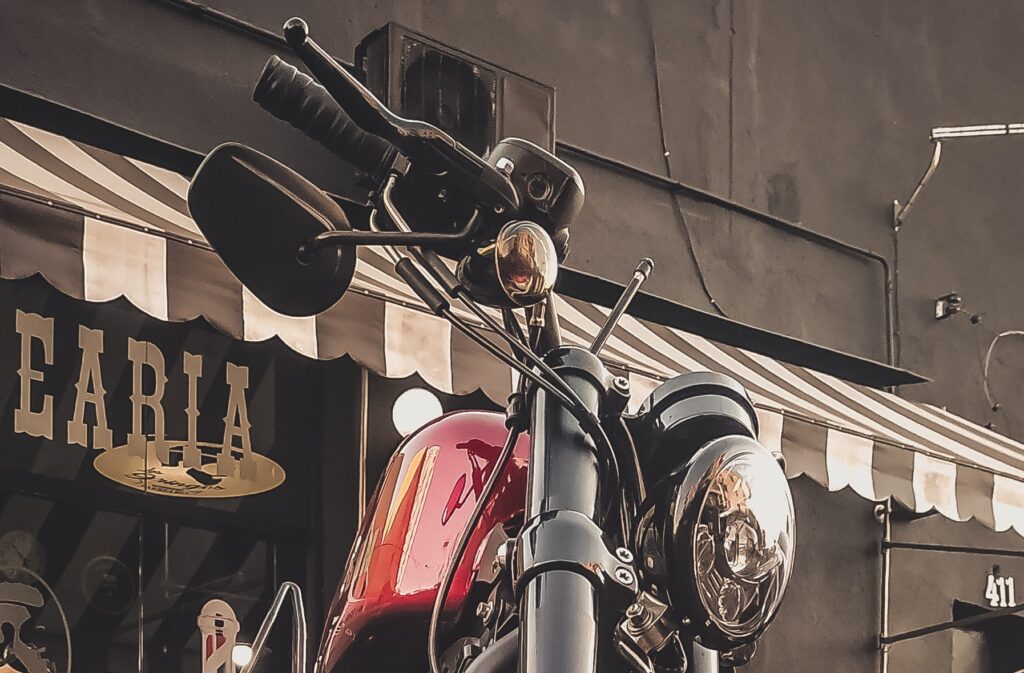 If you are a modern or classic motorcycle owner or rider, then this aspect of your machine is among those that are considered as key controlling or functional part along with the equally important clutch and braking systems.

Yes, we are referring to the throttle or accelerator mechanism.

So why do some motorcycles have two throttle cables? The previous throttle grip arrangement of operating the spring loaded slide mechanism by a single pull cable was found to be inadequate. That’s why, dual or double cable system throttle grip system was invented to favor twin-cylinder motorcycles in particular.

The way you will operate the throttle will ultimately determine acceleration performance of the motorcycle when you are on the move.

Now, this may seem a little too technical for the average rider who isn’t really bothered too much of what the throttle mechanism is all about as long as the motorcycle works as
expected.

What Is Throttle Mechanism In Motorcycles? A Brief History

Throttle response calibration depends on the overall configuration of the motorcycle.

It’s no secret that there are riders who are particularly choosy as to what type of motorcycle they will ride — be it a commuter bike that takes them from point A to point B, a flashy super bike that’s fast and furious on asphalt and track, a dual-purpose on-off road machine or just an adventure bike.

In each bike, the throttle hardware is responsible for controlling the air-to-fuel ratio into the engine. While it has a common role, but differs when it comes to application in specific types or classes of motorcycles.

Specific machines have been designed with specific throttle architecture that complements the set-up and packaging.

The throttle mechanism in motorcycles that have been around since 1885 has remained as a constant element in its evolution. Its operational principle — that is to pull or push the throttle slide inside the carburetor remains unchanged till date.

Without this mechanism, it wouldn’t be possible to operate the carburetor valves and control the air-fuel mixture inside the engine.

The physical mechanism for throttle control has been experimented over the years with various types of mechanical contraptions. In earlier motorcycles, the throttle cable was lever operated, but as it became clear eventually, such an arrangement wasn’t very practical and had its own share of drawbacks.

After long deliberation, the current twist grip format was accepted as the best solution almost three decades after it was originally designed.

Credit for the modern twist grip throttle system for motorcycle without doubt goes to super talented inventor and builder of automobiles and motorcycles from Boston, Massachusetts in America, Sylvester Roper.

Roper is acknowledged as the creator and guru of the modern twist throttle system that he introduced to the motorcycle world in 1867.

Interestingly, the first commercial application of the throttle grip on a motorcycle handlebar was done in 1904 by American motorcycle manufacturer Indian Motorcycles.

Most motorcycles built in the early days of evolving mechanised 2-wheeler segment came with a single-carburettor set-up fed with a single cable operated throttle system.

This was true for motorcycles either with 2-stroke or 4-stroke engines.

With popularity gaining, the early 60s saw the advent of custom machines by specialists.

Apart from advances in the engine department, engineers also looked into ways of improving fuel delivery systems for efficiency and performance.

Earlier, traditional flat or cylindrical slide-operated type of carburettors that worked on the ‘Venturi’ principle wherein the flow of air is forced into narrow tubes to increase its speed and resulting in pressure drop resulting in a suction effect were operated by single-cable twist grips. These formats were typical for production motorcycles for many years.

Over the years, as machines became more sophisticated and powerful, the fuel delivery system was also improved and technologically modernised.

These carburettors are very similar to the traditional ones. A cable operates the slide throttle valve that controls the air volume and indirectly controls the slide’s movements up or down as vacuum is created in the system.

The previous throttle grip arrangement of operating the spring loaded slide mechanism by a single pull cable was found to be inadequate with the newer CV type of carburettors. Hence engineers devised an efficient way to do the job.

The solution was a dual or double cable system throttle grip system that found favour in twin-cylinder motorcycles in particular.

The application format of fuel delivery operation for twin-cylinder motorcycles has been an active domain for engineers. Over the years there have been various applications and hence many interesting technical variations.

Where traditional type of carburettors have been used, the cylinders can be fed with a single or dual carburettor set up. If single carburettor is used in a twin-cylinder set-up, then a common manifold is required. In the other type of arrangement where two traditional pull-type carburettors are used, you have two throttle cables coming out from the twist grip mechanism that are factory synchronised.

To synchronise the dual throttle cables for optimised performance, there are provisions for adjusting them. Prime examples for double pull for twin cylinders with two carbs are BMW and MotoGuzzi in particular. Both brands have used this arrangement successfully for their horizontally-opposed engined motorcycles.

In parallel twin-cylinder motorcycles, especially Japanese brands that have been endowed with CV carburettors, it doesn’t really matter whether its a single or dual carburettor as they work on the push-pull system with two throttle cables in a common linkage system. This ensures both carburettors work together in tandem.

In such a set up, one cable is responsible for opening the throttle while the other cable closes it. Besides the functional aspect, there’s a safety feature with it. With a push/pull throttle set-up, should the spring fail or slide get stuck, twisting the throttle will pull the throttle linkage back to idle — so there’s an assurance despite a part system failure. This aspect is a significant consideration in hyper bikes or very fast street motorcycles.

In fact, it’s now illegal in many countries to remove the push cable and rely solely on the spring to shut the throttle during deceleration.

This means unlike in normal category bikes where there is one cable for the spring loaded slide mechanism hold it in place. But modern motorcycles like Yamaha R15, R3, Honda CBR 300R use two cables. In these bikes, if the throttle gets jammed at high speed, deceleration will not depend on the spring but a cable movement.

This arrangement came into common use in the 70’s and any street legal motorcycle worth its salt these days has it.

For those riders or motorcycle owners like myself who prefer to tinker with their machines, different throttle set ups will also require periodic attention for cable slack.

With usage this will happen over a period of time and needs to be looked into.

What makes life a bit easy is that the most common arrangement preferred by motorcycle manufacturers is to offer two cables with one adjuster.

The ease or difficulty for adjusting the throttle cable for slack will depend whether the machine is naked or covered with a full-fairing. The adjuster for the cable is usually located close to the carburettor end.

Access to this point is time-consuming as it is quite a busy area. Tools like a wrench or spanner may not work here due to space restrictions. In worst case, the carburettors many have to be take-out, cable slack adjusted and re-fitted. This could be a
cumbersome process.

In case the cable is jammed or broken, both need to be replaced.

The slag adjustment process is basically the same — slide the PVC cover off the in-line adjuster near the grip and release the lock nut. Then turn the adjuster accordingly and maintain 2-3mm free play.

Not to forget that in some modern single-cylinder 2-stroke motorcycles, one may come across a dual throttle cable set-up or a split cable set-up.

How this arrangement differs from 4-strokes basically stems out of the fact that all two-stoke motorcycles are fed with a pre-mix of petrol and 2-stroke (2T) oil. In older motorcycles like Jawa, Yezdi, Rajdoot, BSAs, Villiers, James, DKW among others this had to be done by the rider during a fuel refill.

In modern 2-stroke motorcycles like Yamaha RX, Kawasaki KB/RTZ, IndSuzuki and others, the inconvenient aspect of having to pre-mix 2T and petrol every time was eliminated with a 2T reservoir and pump. The flow of 2T from the pump to the engine is controlled by the throttle cables that may be individual, parallel or split.

Why Do Motorcycles Make So Much Noise While Driving?

How And When To Change Motorcycle Spark Plugs: Detailed Guide