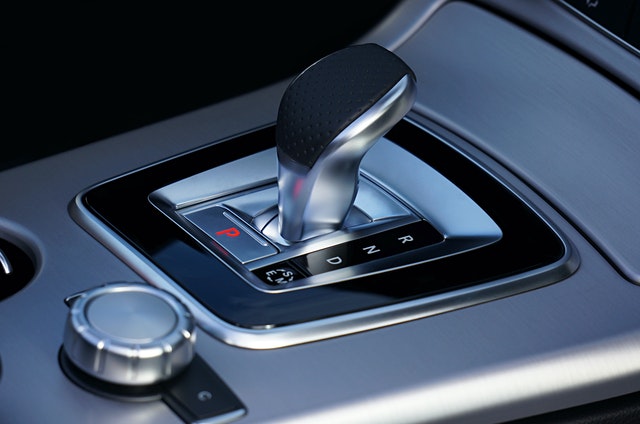 Motorcycles are flexible when it comes to riding across different locations and conditions. It includes quick turning, easy handling, and easy storage too. However, many of you will always question why motorcycle do not have a reverse movement feature!

While the statement is not applicable for rare models, hardly a handful of motorcycle designs in production have one. Often, this puts you in a situation where you are pushing your ride back on a steep road.

Despite noticing the fact, the manufacturers do not think of including a reverse. The biggest market of these rides, the Asian countries, hardly ever see a reversing motorcycle! Several facts go into decoding the absence of this element in your motorcycle rides.

In this article, we review why these bikes do not have a reversing design or feature. It will also help you to understand whether you need this dynamic action or not.

No Reverse Gear in Motorcycles

So, first, focus on the fact why the majority of these motorcycles lack reverse riding. The driving ability includes a few principles for you to work. It consists of factors like stability, vehicle weight, vehicle design, cost, and handling dynamics.

Over the years, many patents have the feature of including this trick. However, none of them has effectively hit the traditional market in the gear-type vehicles that you use.

When you are driving a vehicle, especially a two-wheeler forward, their turning pivot is symmetric. It allows you to turn while balancing your weight and not falling on either side. The same stands true for a motorcycle, where the center yoke shaft is the turning axis.

When you decide to go in reverse, the stability situation changes to a different position. Any turn will push your body outward when seeing from the line of driving. For a 4-wheel base, this does not create unbalance due to the even balance from the center of mass.

The gyroscopic effect also creates an unbalance under such a situation. Hence, unlike the cars, the 2-wheel drives cannot carry on riding oppositely for long. You will go on for a short while and then lose balance unless you are a stuntman!

To understand why do motorcycles not have reverse, you need to know IC engines! It will get a bit technical but proves to be essential for the designers while working.

Every IC engine needs combustion to go through for giving power to your vehicles. For multi-cylinder engines, only one fire at a time to avoid interruption of forces.

In big engines, the automation allows different cylinders to fire in a way that the direction changes. It means you can get a forward or reverse drive, depending on the engine rotation.

Your motorcycles are sleek and do not have the sophistication to have such an automation design. Hence, the direction of rotation is always steady for these machines. It means the engine will give you driving force only in one way, without changing the transmission arrangement.

It is also necessary because most motorcycles fall in the economy segment section. Hence, designers do not want to make any engine changes to burn wallet holes for you!

Now that you know the engine will not reverse, the next step is changing the transmission direction. In the 4-wheel base, the central shaft and axel are the driving parts that decide your path.

The gear arrangement is such that the reverse stands out from the normal ones. However, the same will not be correct for a traditional motorcycle.

The chain is the part of the transmission of power from the engine to the wheel. It means that for reversing the transmission, the chain needs to go in the opposite direction than usual. However, even a basic understanding of motorcycles will tell you that is not possible.

Chain links become slack if you rotate them in a direction opposite to the normal one. Hence, they will neither give the driving force nor will it be steady on the teeth.

It concludes that the driving elements of a motorcycle cannot effectively change its working direction.

Need For Reversing of Motorcycles

To decide why do motorcycles not have reverse, it is necessary to know if you need this ability? For this, I will first remind you of the role of reverse riding. Large-size vehicles are heavy, so heavy that you cannot move them around without engine power.

These 4-wheel drives often get stuck in places where there is no way forward. For example, a traffic block, a dead-end road, or an accident. If the cars do not reverse, the only way to get away from such places is to turn.

However, with the high turning radius, your flexibility to turn also goes down. It means heavyweight vehicles have a natural disadvantage going with them. Hence, the reverse drive becomes necessary for such vehicles when you ride them.

When you compare these points with the ones for motorcycles, it becomes clear if you need reversing.

The weight of your motorcycle is 1/10th and lower than a light car. This means your leg strength is enough for moving them in the opposite direction by dragging them on foot. Very rarely will you find a situation where manual reversing is not possible?

In such situations, the need for reversing gear becomes illogical. It will complicate the situation of driving instead of helping you on the seat. The balance on foot while moving oppositely is better and will not let your trip either.

Only a few motorcycles fall in the weight category where it becomes impossible to have manual reversing. In such conditions, small reversing arrangements are available for the riders. I will explain why these devices do not work for a long run later.

The turning radius of these lean machines is negligible in comparison to 4-wheel drives. It becomes easy to maneuver them in tight corners or in the traffic where you get stuck! Where rarely will you need to run motorcycles in reverse, except for parking slots?

The easiest way to move them back is to simply put the foot down and turn. Again, if your motorcycle is heavy, it is not that easy to turn them when you are at standstill. But situations of such less share do not need a whole new change in the design.

Motorcycles do not have scope for a steady mirror to monitor the reversing process. They need you to turn the neck and look back when you are going in reverse. This creates a big safety loophole of visibility limitations when you are driving one.

The role of safety in such conditions is important to know why do motorcycles not have reverse. This means you need a better rear-view arrangement for automatic reversing in motorcycles.

Moreover, motorcyclists always have a safety helmet on them for safe driving. The helmet further limits the movement of your neck in either direction while turning. Hence, its compatibility with reversing does not match the idea either.

As I have in this article on top, few motorcycles do reverse for a better handling ability. Some of them include:

Most of these designs have a small power motor to do this task. The motor draws energy from the electric source to drive this reverse gear for the movement. Hence, after a while, the battery power in reverse will run down fast.

This implies that typically reversing motorcycles cannot move for a long time in reverse. If you do try taking them too long, you will have a dead battery and a dead motorcycle too! Hence, whatever few interventions exist in motorcycle reversing, they are not effective over longer distances.

The back movement in these designs is only to accommodate their weight while moving. It will surely help you on the tight slopes and steep bumps if you need to go back. But in the overall picture, it’s like a needle in a haystack moment for most of us!

Moreover, a dead battery also means a dead starting system and dead light. Unless you draw the power on fuel, the system will not restart with charging restrictions.

The high-end motorcycles rarely give you a kick dynamo nowadays for backup starting. This means a higher power battery, more space, and the entire motorcycle convenience going off.

Why Motorcycles Do Not Reverse: Conclusion

With all these considerations, it is evident that your motorcycles hardly need reversing capacity. Whatever small needs they have, you can manually overcome those easily.

If you are an adventure rider or professional also, the free-flowing design and tracks do not limit you. With the turning radius and design complications, you do not need any confusion either. Hence, the design utility of reverse gear in motorcycles goes to waste.

Meanwhile, the few cruiser models that have to reverse barely use them. But the rigid weight nature justifies their addition in the design to round off.

However, it surely costs more than the ordinary to afford one of these. Adding bulk or design changes does not help their overall selling point. After all, motorcycles are free machines running on streets and they don’t need overdoing to help them out!

How And When To Change Motorcycle Spark Plugs: Detailed Guide

Here’s What You Need To Know About Trail Braking