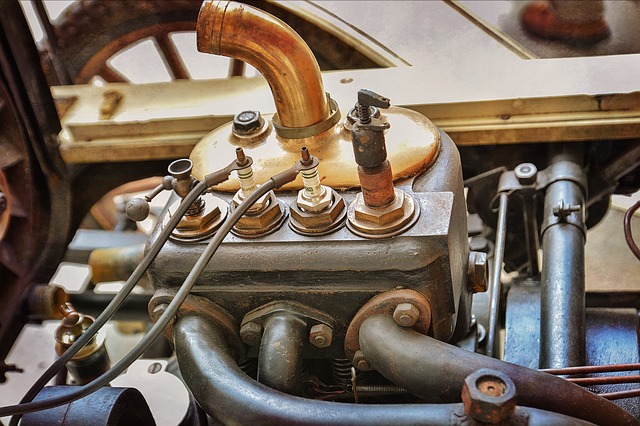 Tracing the invention of automotive parts is tricky. And spark plugs are no different. The lack of sufficient pieces of evidence, overlapping patent timelines, and debate among historians make it all the more confusing.

The spark plug has, over the centuries and decades, undergone several design changes, development, and evolution to what we now see as the modern spark plugs.

Let’s look into the spark plug history in a bit more detail.

Further evolution of the spark plugs include patents by Nikola Tesla, Frederick Richard Simms, and Robert Bosch at the start of the 20th century.

Over the decades, the spark plug has undergone many design and structural changes and has evolved into what we see now as modern spark plugs.

Let’s discuss each of these evolutions and the inventors in brief.

The first documented use (more on this later) of a spark plug in an internal combustion engine is attributed to Jean Joseph Étienne Lenoir in 1859.

Étienne Lenoir is known for developing the first internal combustion engine that burned a mixture of coal gas and air. This engine operated with no compression phase. The coal gas and the air mixture were ignited by a jumping spark ignition system. Étienne Lenoir patented this system in 1860.

The Ruhmkorff apparatus is an old setup that has over the decade replaced by an evolved modern ignition coil. In this setup, a low voltage pulse was mechanically generated which is then transformed into low current high voltage pulses by the transformer suitable for the spark generation.

The basic spark plug design was further refined and evolved over the next century. This led to several patents filed on spark plugs.

Most notable of these patents were by:

Interestingly, all these filed their patents around the same year in 1898.

While Tesla, as well as Simms, furthered the spark plug design, it was Bosch’s patent that eventually developed into a commercial spark plug.

Robert Bosch was the first-ever company to develop a commercially viable spark plug. The development came from Bosch’s engineer Gottlob Honold in 1902 to use the spark plug as a source of ignition. This spark plug was designed to be installed in a high voltage magneto-based ignition system.

There is a debate that Edmond Berger invented the spark plug (then called the sparking plug) first in 1839.

However, there is no patent filed in his name, and nor there was any use of this sparking plug in any internal combustion chamber.

While few historians cite this invention as an experiment in nature or by accident, without solid evidence, it’s hard to attribute Edmond Berger as the inventor of the spark plug.

Spark Plug Evolution Over the Time

These early spark plugs had nickel-chromium electrodes, which operated at a narrow temperature range. In addition, these spark plugs had a low lifespan. sometimes as low a lifespan as 500 to 600 miles.

As the engines evolved, the requirements and functions of spark plugs increased as well. In the 1930s sintered alumina entered the spark plug design as the insulating material. Sintered alumina had good thermal properties. It was a good conductor of heat and can withstand high temperatures. In addition, it was easy to manufacture and had a low cost.

The insulator was further improved by the addition of ribs – which improved electrical insulation. As a result, the spark voltage increased up to 60,000 volts.

The next set of major changes in spark plug design came in the 1970s driven by increasing emission regulations. Lead removal from gasoline, and the introduction of catalytic converters were a few of these changes. As a result, spark plugs were forced to undergo redesigning.

The major change came through the change in the material of the electrodes. A copper electrode was introduced to improve the operating temperature range, self-clean at low temperatures, and yet function reliably at higher loads.

Copper core electrodes have also a much higher lifespan compared to the earlier ones, lasting as long as 20,000 miles.

Over the next decades, copper core spark plugs became the default and are considered the traditional spark plugs even today.

First, a modern spark plug has reliable high-voltage transmission. The voltage can be as high as 60,000 volts for the spark ignition.

Second, with sintered alumina as the insulator and the addition of ribs, the modern spark plug has good insulation capabilities. In addition, the electrode material can withstand high temperatures as well. So, even when the engine heats up to as high as 1000 degrees Celsius, the spark plug won’t get affected. You won’t see any arcing or a flashover.

Third, modern spark plugs have a far higher resistance to thermal shocks compared to the old ones. The thermal shocks are generated mainly due to the temperature difference between the hot exhaust gases and the cold intake fuel mixture.

Fifth, modern spark plugs have high resistance to spark erosion, combustion gases, and residues. In addition, they have high mechanical strength for reliable installation in the engine. All this despite weighing around just 50-60 grams.

And lastly, a modern spark plug prevents the build-up of deposits on the insulator far more efficiently than the spark plugs of old. As a result, they last longer and perform better for a long time.

Oil on Motorcycle Spark Plugs: Why and What to Do About It

How to Remove the Oil Filter When Stuck (6 Easy Steps!)