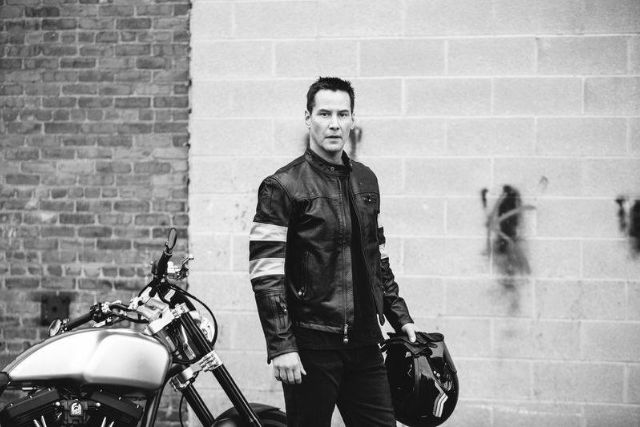 Keanu Reeves loves motorcycles. The John Wick star is a passionate biker and has lots to say about motorcycle riding.

When asked what he loves about motorcycle riding in an interview, Keanu quipped, “It’s the vibration, the wind, the sound. It’s a great place to think, to feel, to get away.”

He even started a motorcycle company along with a friend as a passion project.

Needless to say, Keanu’s love for bikes has resulted in quite a cool collection of motorcycles in his garage. Let’s dig into the motorcycles that Keanu owns.

The 1973 Norton Commando 850 was the second motorcycle Keanu Reeves bought. He bought the bike in Los Angeles around the year 1987.

Keanu loved Norton motorcycles growing up. So it is no wonder he went for this motorcycle soon.

Despite buying it in 1987, he was photographed riding this classic Norton as late as 2011.

Norton Commando 850 is renowned for its feather bed frames and the isolastic rubber mounted twin-engine. Taking out lots of vibrations and making the riding smooth. The exhaust had an upper pipe silencer.

For Keanu, he likes the sound of this mtoorcycle. Smells good when it heats up the oil. And lastly, he has got a lot of miles on this one.

This Ducati 998 (or 996) was custom made for the movie Matrix Reloaded with the Matrix green color. The special green was personalized for the movie.

There is confusion about which Ducati model was used in Matrix Reloaded movie and which model does Keanu own.

It is supposed to be the same. The motorcycle was with Wachowskis (the directors of the Matrix trilogy). The special green Ducati was used in the movie. And now, Keanu is the custodian of the motorcycle.

In the movie, the motorcycle appears to be Ducati 996.

But the motorcycle in Keanu’s garage is definitely Ducati 998.

Guess Keanu himself has to clear the air now.

Specific model aside. Carrie-Anne Moss, who played Trinity, learned motorcycle riding for this movie. She had never ridden a motorcycle in her life before. And comes the movie, comes Trinity in Ducati 996 rescuing the Keymaker.

Dyna Wide Glide was not a popular model when it was introduced. Soon it was discontinued in few years. But it was a polarising model for sure.

Keanu owned a Dyna Wild Glide and was looking to personalize the motorcycle.

That’s how he met Gard Hollinger. His friend and co-founder of the Arch Motorcycles company.

Both ended up working together. Gard ended up building a custom bike. He took the Harley engine and built a motorcycle around it. That eventually became the prototype for the Arch Motorcycle.

Keanu Reeves is a co-founder of the Arch Motorcycle company. He owns the company along with Gard Hollinger. So you can bet he owns at least some of his own company’s motorcycles.

Arch KRGT-1, as the company describes, is a performance cruiser. The motorcycle features a steel tube main frame with billet aluminum subframe to provide a rigid chassis structure. The seat is custom fitted for the owner to provide greater seat comfort.

In Keanu’s words, “They sound good and ride amazing.”

Arch 1S is what the company calls a performance cruise sport. Drawing influence from both cruiser and street sport riding to label a different motorcycle category.

So what makes this model sport? Well, according to Keanu Reeves himself – a few things.

First, the foot controls and riding position – instead of forward control, the model has mid-mounted foot control. This provides an aggressive riding position allowing for smoother transitions and harder cornering. The frame is totally different from that of KRGT-1 model.

Kawasaki ZX-10R Ninja is a sportbike with 998cc four-cylinder engine. It is built for racing championships and is a great choice for track riding.

No wonder, this is Keanu’s go-to motorcycle whenever he goes for track rides.

Keanu Reeves along with his friends from Arch Motorcycles frequently go to ace tracks for motorcycle rides. While Keanu has ZX-10R Ninja, Gard (co-founder at Arch Motorcycle) prefers Yamaha R1, Ross who works for the company and accompanies them for rides uses Aprilia.

Arch Method 143 was a prototype when Keanu showed and talked about it. Kind of a concept motorcycle. Looking to make into production.

As of now, Arch Method 143 production is limited to 23 units and is not available to the normal public.

143 here refers to the engine volume of 143 cubic inches. Which translates to a freaking 2343 cc. A little futuristic for sure.

The bike experiments with integrating different materials – aluminum, carbon fiber, fine leather, and other design elements. And the final product will be customized for the owner.

‘Outrageous’ is how Keanu describes this motorcycle.

Harley Davidson took their Panhead engine and added a set of modified alloy Sportster heads and raised the compression. And that’s how shovelhead engines were born.

The new shovelhead engine gave a 10 horsepower gain (which was a lot back then) over the previous Panhead engine.

That’s a good old classic engine Keanu has there in his motorcycle collection.

Of course, the famous bikes of this series were Z1 and KZ1000. But, KZ900 acted as the perfect placeholder and helped Kawasaki emerge as a strong player in the market.

While it may not top Keanu’s prized motorcycle collection, the green beauty has its charm.

Although West Coast Choppers shut down in 2010, their El Diablo motorcycle was quite the famous one.

Mounted on S&S engines, the El Diablo had a custom front frame made of chrome that had circular slits. The motorcycle even had bullets ingrained in them.

Overall, El Diablo was and is a cool motorcycle to ride and of course one of the coolest motorcycle in Keanu Reeves’ garage.

Apart from the motorcycles in his prized possession, Keanu Reeves has a wishlist of motorcycles he would love to go for a ride on.

Here are the motorcycles that Keanu Reeves would love to ride:

What motorcycle company does Keanu Reeves own?

5 Reasons Why Motorcycles Are Louder Than Cars