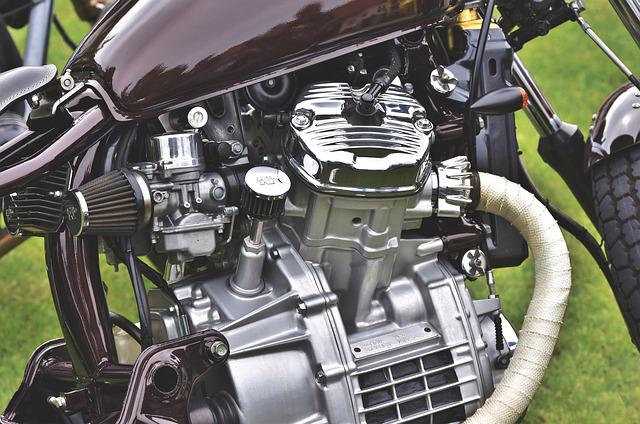 Too much air into the engine – good or bad? Oftentimes, your motorcycle engine gets too much air than what is required.

What happens if the engine gets too much air? Too much air translates to the engine running with a lean air-fuel mixture. This lean mixture eventually results in the engine overheating. An overheated engine will have poor performance leading to a poor motorcycle experience.

The excess air will absorb the heat from the combustion process and transfers it to the engine components. Over time, the engine will be overheating and will start to perform poorly.

Let’s discuss this phenomenon in detail.

What Happens If The Engine Gets Too Much Air?

When this excess air supply to the engine happens, the excess air gets too heated in the engine. This is because of two reasons:

This excess heat in the air starts to build up over time in the engine if the lean mixture continues. The heated air will start to heat up the engine components slowly. In no time, you will be met with an overheated engine.

To sum up, if the engine gets too much air, the lean air-fuel mixture will result in engine overheating.

So, it is always better that the engine receives both the air and the fuel in the right proportion. Not less. Not more.

Why Air Is Needed In An Engine?

All fuel combustion, be it gasoline or diesel, need air. More specifically, these fuels need oxygen. Without the presence of air, the fuel will not burn properly, if at all.

Since the engine combustion chamber is sealed, the engine needs a supply of air. This is usually met by the air filter guiding the air entry into the carburetor which flows to the engine along with air.

Without the supply of air into the engine, the fuel will not combust. And hence, no power is generated at all.

Air is a necessary part of the combustion process as much as fuel. Although air is cheap, the fuel isn’t!

Rich and Lean Mixture In the Engine

A rich air-fuel mixture refers to more amount of fuel in the mixture than required. Here the quantity of air is low and the fuel is high than the optimum proportion.

A lean air-fuel mixture, on the other hand, refers to more amounts of air present for the quantity of fuel in the mixture. The fuel amount is low and the air is too much here.

Both rich and lean air-fuel mixtures are not optimal for the engine.

A rich air-fuel mixture in the engine will have too much fuel than required. The engine will not burn the entire fuel. As a result, there will be a lot of unburnt fuel that exits the engine. Needless to say, the fuel efficiency will drop with a rich fuel mixture.

A lean air-fuel mixture will have so much air that it causes too much heating in the engine. The heat produced after combustion in the engine will not have sufficient exhaust gases to carry it. The air will be superheated and will eventually transfer the heat to the engine components.

The lean air-fuel mixture is a common cause of engine overheating.

Is More Air Good For The Engine?

The engine requires the air and the fuel to be in the right stoichiometric proportions. Neither less, nor more.

If either the fuel or the air, is more or less, then the combustion process will not be an optimal one.

If the fuel is more and the air is less than the required proportion, there will be lots of unburnt fuel. Thus, lowering the mileage and the fuel efficiency.

If, on the other hand, the air is more and the fuel is less than the required proportion, the engine will start to overheat.

Both the air and the fuel need to be in the right amounts. Either of them in excess is not good for the engine and the vehicle.

To address the question, more air is not at all good for the engine. Lots of air supply in the combustion chamber will unnecessarily heat up the engine components. With not enough fuel gases to carry this excess heat to the exhaust, the air will slowly transfer this heat to the engine itself.

More does not mean more power. Not at all.

The engine does not need more air than required. For that matter, even more fuel per engine cycle than required is not good too. It won’t translate to more power as well.

Also, less air is not good as well. The engine needs air for fuel combustion. Less air will result in incomplete combustion. And more air will lead to engine overheating.

How do I increase the airflow in my engine?

Although having too much air in the engine is not a good thing, too less air is equally bad.

If you found the amount of air is lacking in the engine and want to improve the airflow, here are a few things to try:

3 Types Of Spark Plug Materials (All You Need To Know!)