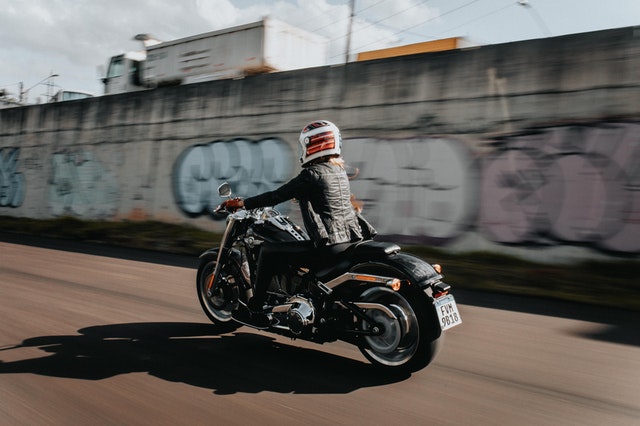 Have you ever heard a motorcycle zooming past you with the rider revving the throttle? Well, it’s not always that a rider does for fun. Sometimes, it can just be downshifting while the rider is at high speed and at the same time slowing down the bike. This technique is known as throttle blipping.

Downshifting is a term used to signify the movement towards lower gears. Moving to a lower gear from a high gear is easy if the bike is already at a slow speed.

But all these changes when you are moving at a blazing speed. If a rider changes to downshift at that speed, then the gearbox would engage brashly. Throttle blipping eliminates such possibilities of mishaps.

Let’s deep dive into the specifics and the advantages of throttle blipping.

How Do You Blip The Throttle?

The usual steps in motorcycle throttle blipping goes like this.

The rider tries to pull the clutch lever with one hand and keeps on simultaneously revving the throttle from the other hand. The rider then moves down to lower gear and starts to release the clutch slowly.

In this way, the rider leverages the power of engine braking to slow the bike down and ease into the lower gear.

Every rider, from expert to beginner, aims to have a smooth riding experience. But downshifting at high speed poses a hindrance to the whole experience. Throttle blipping helps us efficiently tackle this issue, and it also comes with additional advantages. Few such advantages are discussed below.

Throttle blipping helps a rider to get faster by keeping the bike at such a state where it can give maximum power even after slowing down. Throttle blipping involves the downshifting of gears at high speed to slow down. Although it makes you slow down, it keeps the rear gear operating at a high rpm. That results in maximum power delivery upon opening the throttle, making the rider go after slowing down.

The usage of blipping the throttle characterizes the downshift. It prevents rear-wheel compression-locking. Without getting too technical, the lower the gear, the more the engine revs while the bike is travelling at the same speed as the lower gear. As you shift down, the rear tire is slowed by the chain, belt, or shaft. That causes the engine to rev higher and the bike to slow quicker than the rear tire can slow. As a consequence, the rear wheel skids to the right. It doesn’t precisely “lock up,” but it does turn at a slower rate than is necessary to keep rolling down the road.

It can lead to tail wagging and potentially harmful circumstances. When it comes to huge V-twins and single-cylinder motorcycles that use a lot of engine braking, the impact is more pronounced than when it comes to high-revving four-cylinder bikes. One of the most important steps in preventing this is to ensure that your engine revs are high enough to match the current speed of your vehicle. So that your back wheel spins at the same rate as it needs to roll at the present top speed.

Every gear of a motorcycle has a specific top speed. That top speed of specific gear is achieved when the rider accelerates to the maximum rpm. There is also a mid-range of rpm for every gear, which helps in the smooth upshift of gears. A rider tries to change gear above mid-range rpm for smooth shifting. But all these rules are only applicable in the case of upshifting. Downshifting has a different set of rules of its own.

A casual rider only transitions into the lower gear after lowering the speed to match the speed range of that lower gear. But this technique makes them slow. Thus track racers avoid this technique. It is the part where throttle blipping comes into play. Throttle blipping is a technique that gets your vehicle prepared to go faster after slowing down. It is a bit confusing at first, but once you get the hang of it, you want to do it whenever slowing down. The practice of this technique also helps the engine to function properly and saves it from breakdowns. Thus increasing its life cycle.

Throttle blipping consists of many mechanical operations harmoniously done by the rider. It consists of pressing and releasing the clutch, opening and closing of throttle, downshifting and sometimes braking.

The rider presses the clutch lever to open and closes the throttle simultaneously to prevent the rpm from going down. The rider downshifts while keeping the rpm in mid-range. The motorcyclist then releases the clutch slowly. As a result, the clutch release slows the vehicle and keeps the downshifted gear at high rpm, ensuring quick delivery of power at the rider’s disposal.

It is often necessary to take a break when downshifting. But mastering the talent of braking while blipping at the same time is a tough skill to learn. Because moving the right hand to blip also causes the braking fingers to move. Changing brake pressure is almost always a given when using the right hand. When you engage the front brake with your index and middle fingers, you close and open the throttle with your thumb and two outer fingers. You will have less trouble combining braking and throttle blipping. It is also beneficial to arch your brake fingers to isolate throttle actions.

With the throttle blipping, you must maintain constant brake lever pressure. Using extremely firm braking pressure, such as when braking hard from a high speed, when brake lever adjustments translate into very tiny brake force changes, is the most straightforward method of doing this.

Technology has advanced that you can now purchase a motorbike that allows you to shift up and down without using the clutch. When you’re downshifting, the bike’s electronics automatically blip the throttle to the exact position you need it to be.

Throttle blipping is not necessary for a beginner rider.

You can ride smoothly even without blipping the throttle. This is not a definite thing to learn for your motorcycle riding. However, throttle blipping is still a good technique a rider can learn.

Will throttle blipping damage my engine?

If done correctly, throttle blipping will not damage your motorcycle’s engine.

Throttle blipping is a harmless way of keeping the speed up despite downshifting, and in no way will cause any damage to your motorcycle engine.

Can throttle blipping make me fast?

This is debatable. Firstly, you are downshifting, i.e., shifting to a lower gear, whihc essentially reduces the speed than you are travelling in. On the other hand, you blip the throttle to be on a good rpm level to maintain the speed.

Blipping the throttle will slow your bike down to a good rpm level for the lowered gear to deliver power quickly.

In essence, throttle blipping is faster when compared to a normal downshifting which would reduce the speed considerably.

Can we apply throttle blipping in any motorcycle?

Yes, you can blip the throttle in any motorcycle if you’re proficient in this technique. Throttle blipping is most commonly seen in motoracing. So, bike racers use this method very often in the races.

Why do people hate throttle blipping?

There isn’t anything specific to hate about throttle blipping. But it produces a loud sound. Some people find it annoying and unnecessary.

The drive chain has a large number of loading and unloading points. By blipping the throttle, one may shorten the time it takes for the drive chain to settle. That allows the driver to open the throttle while leaning over comfortably.

It may look difficult to master the art of throttle blipping. But, with some practice, it is easy to learn.

Why Do Motorcycles Have Fenders? (Explained!)

Can Motorcycle Alloy Wheels Be Repaired?