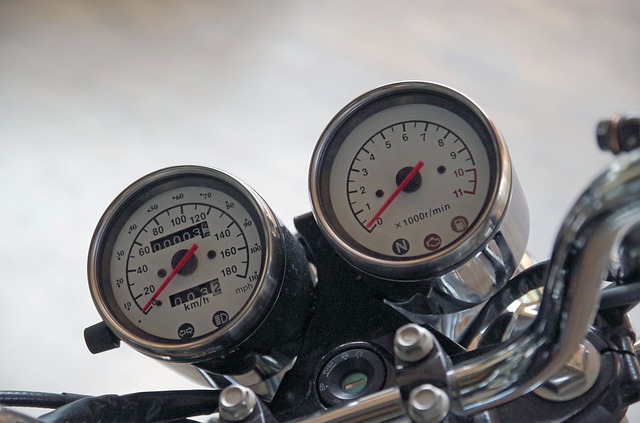 When I was a beginner rider, finding neutral gear on a motorcycle was damn difficult for me.

It was only through passage of time that I got that hang of shifting to neutral in my bike easily later.

Let us deep dive into the mechanics of finding neutral in a motorcycle, how to make sure you are in the neutral gear and problems to shift to neutral and their solutions.

Finding Neutral Gear On A Motorcycle

The neutral gear on a motorcycle can be found by first shifting down all the way down to the first gear and then slight upshift of the gear shifter to reach the neutral.

Usually, most modern bikes have a 1-N-2-3-4-5 gear pattern with down shifting lowering the gears and the upshifting increasing the gear positions.

If you want to reach the neutral gear in your motorcycle, you need to first shift to the first gear from whichever gear you are in. If you are already in the first gear, then good, things will be much faster.

So, push the gear shifter down all the way to reach the first gear. Say, if you are in the 4th gear, you need to push down the shifter three times to go through, 3rd, 2nd and finally to the 1st gear.

One important aspect to note here is that, you won’t be able to shift to neutral directly from second gear.

Pressing down the shifter from second gear in a 1-N-2-3-4-5 gear pattern will not take you to the neutral.

You need to go to the first gear and then and only then you can switch to the neutral.

Once you have reached the first gear position in your bike, give a slight tap upwards to the gear shifter. The slight upshift from the first gear should take the motorcycle to the neutral position.

If you shift up hard from the first gear, it will directly go to the second gear. You might need some practice to reach neutral if you are beginner.

Think of this slight up shift as half shifting from the first gear. A full shift will go to the second gear directly, whereas the half upshift will take you to the neutral.

For a detailed overview, check out our post on different motorcycle gear shift patterns.

In this gear pattern (1-N-2-3-4-5), arriving at neutral gear is exactly as mentioned in the previous section.

You need to first shift to the first gear from whichever gear you are in. Once you have reached the first gear position in your bike, give a slight tap upwards to the gear shifter.

The slight upshift from the first gear should take the motorcycle to the neutral position.

How To Check You Are In The Neutral Gear?

The most common type of neutral indicator is the ‘N’ button which turns green whenever you are on the neutral gear. And the green light switches off when you shift to other gears.

If the bike is engaged in other gears, the motorcycle won’t be able to move freely without pulling in the clutch.

These are the two main approaches from which you can easily infer whether your bike is in neutral gear or not.

Why The Neutral Gear Is Between First And Second Gear

Typically, the first gear is down in a motorcycle and the neutral gear is between the first and second gears.

The reasons for such an arrangement is both ergonomical and technical. Here are the main reasons why the neutral gear is between the first and the second gear.

Reasons Why You Are Facing Problems To Shift To Neutral

Sometimes, your motorcycle wont shift to neutral gear. The issue persists and any attempts at shifting to neutral fails.

The main reason why your bike won’t shift to neutral is because the clutch cable does not have enough slack.  A loosened or a strongly tightened clutch cable will create problems while changing the gears.

You need to adjust the clutch by giving it the required slack. One correct way to gauge the required slack is from the company specification for your motorcycle. Another way is trial and error method by adjusting 2 mm to 3 mm and then rechecking.

Other reasons on why you are not able to shift to neutral include – low engine level or poor quality oil, and warped clutch plates.

Change the engine oil for the former case and check the clutch plates for the latter problem.

Can You Start A Motorcycle In Gear

Shifting your motorcycle gear to neutral position and starting it is the most natural way of motorcycle starting.

You can also start your motorcycle in first gear as well by pulling the clutch in and starting the engine. Once the engine starts, the rider can slowly release the clutch lever and start moving forward.

However, for higher gears, motorcycle will start, but dies down once you release the clutch to move forward.

Do Motorcycles Have Catalytic Converters?