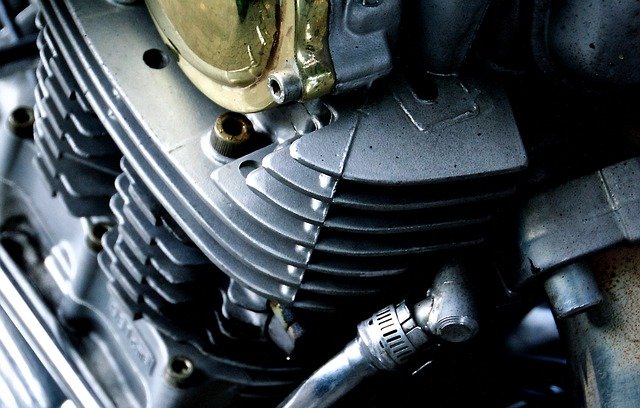 The main function of the alternator is to generate electric current which will be used (after converting AC current to DC) along with the battery to power up electrical accessories in the motorcycle.

Before we venture into the dynamics of a motorcycle alternator and in extension, the charging system, let’s first look into what exactly is an alternator.

Simply put, an alternator is a generator that converts mechanical energy into electrical energy in the form of AC (alternating current).

Alternators are capable of generating AC power at a specified frequency. Electricity is produced in an alternator through electromagnetic induction.

Now, how does electromagnetic induction work?

In electro-magnetic induction, to generate electricity, there should be relative rotary motion between a coil and a magnetic field.

For an alternator, the second approach is used, i.e., the magnetic field rotates with respect to the coil.

In a typical alternator, there will be two main components – i) Rotor; and ii) Armature Coils (Stator).

The mechanical energy which is rotating the rotor is converted into electrical energy in the armature coils.

Now we come to the main question.

The alternator in a motorcycle converts the mechanical energy – which is derived from the crankshaft through the engine – into electrical energy in the form of alternating current.

The AC current generated by the alternator will be proportional to the RPM of the engine. At higher RPMs, the rotor will rotate faster. Thus, the faster rotating magnetic flux will generate more electrical power.

Similarly, at lower RPMs, the rotor and hence, the magnetic flux rotation will be slower. The electrical power generated will consequently be lower as well.

To reiterate, motorcycles do contain alternators. The alternators convert the mechanical energy derived from the engine into electrical energy in the form of alternating current.

Function of Alternator in a Motorcycle

The alternator along with the regulator and the battery forms the charging system of a motorcycle.

The main functions of each of these components in the charging system are as follows:

When the engine is running, the alternator produces AC current in the system to run the motorcycle and charge the battery.

The electric power is generated by converting the mechanical energy and the amount of AC current produced is proportional to the RPM of the engine.

Since the current produced by the alternator is AC and has varying voltages, the current cannot be passed on directly.

The battery acts as the power source in a motorcycle. It provides current to the ignition system as well as supplies current to the accessories in the bike above the alternator output whenever required.

Since alternator output has varying current outputs, battery acts as the moderator. When there is excess current coming from the alternator through the regulator, the battery stores the excess charge.

Similarly, when there isn’t sufficient current generated by the alternator, battery provides the deficit required to the accessories.

Here are the motorcycle accessories that require electric current coming from the charging system (alternator, regulator and battery).

Difference Between Alternator and Stator

Before we discuss the differences, we need to understand what constitutes an alternator.

As discussed earlier, an alternator needs a rotating magnetic flux and stationary armature coils. An addition of rectifier and regulator to control the voltage and convert AC to DC is commonly seen in an alternator setup.

Now, the rotating magnet is usually called as rotor and the stationary armature rings setup is called as stator.

That’s why you can either have an external all-in-one alternator which are rarely found in motorcycles. Or you can have a stator, rotating magnetic flux, and a regulator setup – which is commonly used in motorcycles.

Both these are alternators. But the setup is different. The first one is an all-in-one kind of thing with all the parts packaged to provide a single component.

The second one has a setup with independent parts. You have a stator. You have rotating magnetic flux. And you have a separate regulator. All these components combined will handle the power generation task resulting in DC current going to the battery.

Let’s discuss the difference between an alternator and stator now.

As you might have realized, the stator is a component of the alternator.

Stator, along with the rotating magnetic flux and regulator completes the formation of alternator that gives DC current as the output.

Simply put, stator is one of the components forming an alternator.

Difference between Alternator and Starter Motor

Alternator, on the other hand, will start working only after the engine starts.

The main function of the alternator is to generate electric current which will be used along with the battery to power up electrical accessories in the motorcycle.

And the main purpose of starter motor is to start the engine by providing that initial spin to begin the engine running.

Can You Paint Motorcycle Exhaust?

7 Motorcycle Exhaust Leak Symptoms You Should Be Aware Of