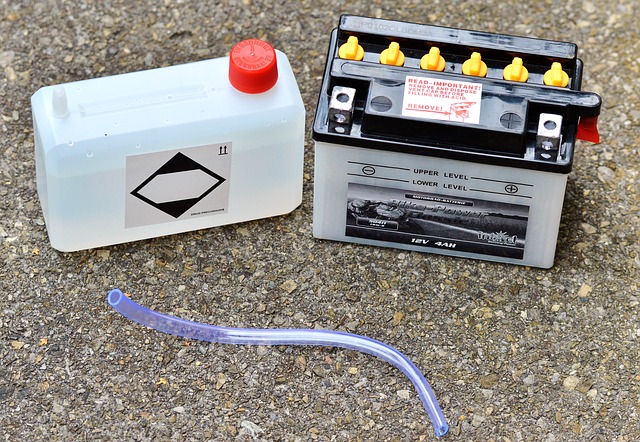 In modern motorcycles, battery is an integral part required to start the engine. Without a battery to crank up the starter motor, bikes don’t start at all.

The only exception where battery is not needed to run are – motorcycles with magneto ignition, which can only be seen in old motorcycles, small dirt bikes and scooters.

What does a Battery do in a Motorcycle?

Let us first look into the functions of a battery in your motorcycle and the importance of these functions.

The motorcycle battery essentially has 2 functions:

#1 To Start the Motorcycle

The battery provides the current required to operate the starter motor in electric start vehicles and for the ignition system to start the engine during engine cranking.

Basically, your engine requires an initial push to keep working. Once the piston is able to move down and up and suck the fuel and combust it, the energy produced will sustain and keep the engine moving as long as the fuel exists.

All the engine needs is some start so that the piston which is situated anywhere between the top and bottom dead centers can move and suck in the fuel in its expansion cycle and then combust it with a spark plug.

This initial combustion cycle will then easily be repeated by the engine itself as long as the fuel lasts.

The battery here, is required to provide the current necessary to the starter motor – which will produce crankshaft rotation, which in turn will start the reciprocating motion of the piston, thus starting your motorcycle.

#2 To supply current to accessories when required

When the engine is running, the alternator produces AC current in the system to run the motorcycle and charge the battery. The alternator is usually driven by gears and the amount of AC current produced is proportional to the RPM of the engine.

Now, the charging system can be divided into 3 sub-parts – i) alternator; ii) regulator; and iii) battery.

The alternator generates AC current with the magnitude proportional to the RPM of the engine. This current is used by the accessories that requires current for their functioning. These accessories include:

That’s where the other parts of the charging system come in. The regulator converts the AC current into DC current. And the battery stores up the excess current produced and supplies the additional current required whenever the alternator is not producing sufficient current required for the motorcycle.

So, whenever the motorcycle is running on lower gears, i.e., at lower RPM, the alternator does not produce sufficient current required for the accessories like headlight, turn signal indicators, etc. This shortfall is compensated by the battery which supplies the deficit current to these accessories for smooth functioning.

The same rule applies when the engine is off as well. The accessories like horn, lights etc. that works even when your motorcycle is not running is drawing the entire current from the battery.

Why Battery Is Important For The Motorcycle?

Since we now understood the functions of a battery in a motorcycle, all we need to look for is whether the motorcycle can still do these functions without a battery.

In other words, to answer whether a motorcycle can run with a dead battery, we need to answer these two questions:

Can a Motorcycle Start without a Battery?

As stated earlier, you need the battery to start the engine. So, what happens when your battery is dead or there is no battery? Will your motorcycle still starts up?

In a Magneto ignition system, on the other hand, battery is not of utmost importance to start your motorcycle. The magneto in the bike has its own generator and can start easily through kick-start without any help from the battery.

However, magneto ignition system is not widely used. You may find this type of ignition in some old motorcycles and currently they can be seen in small spark-ignition engines like scooters, dirt bikes and small motorboat engines.

Can Electronic accessories of a Motorcycle function without a Battery?

As established in the previous section, most motorcycles won’t even start with a dead or no battery. So, by extension, it doesn’t matter what happens to the accessories when motorcycle is running.

Still for the sake of understanding, let us assume the battery dies down while you are riding the motorcycle. Now, you will have a bigger problem to worry since battery will not be able to absorb the excess charge coming from the alternator at higher RPM. Conversely, if the alternator output is low there is a shortfall of current required for the accessories to function properly. And as a result, these electronic accessories will not work smoothly or not at all.

For the bikes with magneto ignition system, there are separate generators and the dependency on the battery is extremely low. So, all the electronic accessories should work completely fine in these bikes. You can even pluck the battery from the motorcycle and throw it away – these types of bikes will still run smoothly.

Inference on whether Motorcycle can Run without a Battery?

What are the Reasons for a Dead Battery?

Reasons for a dead battery in your motorcycle include –

Symptoms of a Dead Battery in a motorcycle

The different symptoms that you need to look for while checking for a dead battery include:

For the preventive measures, here are some tips to maintain your battery in a good condition.

How to Start a Motorcycle with an ‘almost’ dead battery?

Here we are talking when the battery is not completely dead, i.e., the battery is at marginal health and there is some life, although however small it is, still left in it.

In this case, you can start your motorcycle through push start or pop start as people call it.

First, you need to insert your key and turn the ignition on. Second, put your bike into the first gear and turn on the choke just like you do it in a cold start.

Now, push the bike forward to gain some speed. You can choose a downhill road for this. If you have a person helping you out, that will be much better. If you are alone with no downhill path ahead, you can stand down to the left side of your bike and push it yourselves and then hop on to your bike once it has gained some speed.

As soon as the motorcycle has hit up some speed, drop the clutch and push the starter. This method should usually do the trick and the engine should start. If not, repeat the above steps again.

Once the engine starts, pull in the clutch and accelerate using the throttle. You need to give your motorcycle some gas and go to a higher RPM. Once you hit higher RPM, the alternator outputs excess current to charge up your battery.

Now take your motorcycle for a ride to give time for your battery to charge. Don’t run it too much at lower RPM as that would do the opposite by draining the charge from the battery.

Why Don’t Motorcycles Have Seatbelts?

7 Reasons Why Your Motorcycle Engine is Overheating